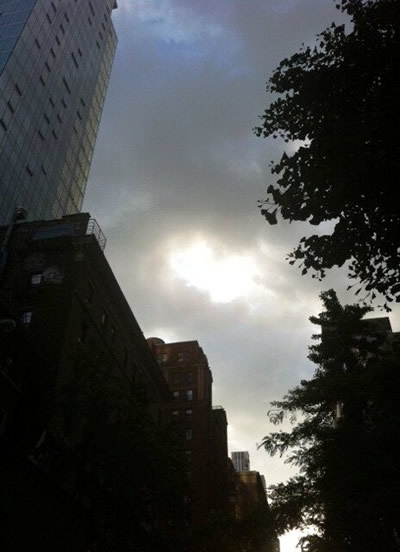 One afternoon while walking home in Manhattan, Andrew pointed out this heart-shaped break in the clouds — and Karen promptly whipped out her iPhone and captured it!

“Stay close to everything that makes you glad you are alive.”
—Hafiz, 14th century Persian poet

In addition to all things edible and drinkable, we have a few other interests as well.  Maybe even more than a few….So we wanted to have a place to collect them and share them with you.  This is that place. 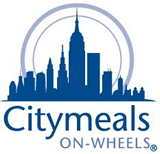 Citymeals-on-Wheels hand-delivers meals to homebound elderly New Yorkers on weekends, weekdays, holidays, and times of emergency — times when many vulnerable seniors would otherwise go without food.  Citymeals delivers more than two million meals each year to vulnerable elders who have nowhere else to turn. There are over 17,000 frail New Yorkers who rely on this lifeline of food and human company.  (In the aftermath of 9/11, we found ourselves serving and making deliveries to Manhattan’s homebound elderly via Citymeals, so we were able to see firsthand where all our annual contributions were going.  This is a first-class operation.)

Cornell professor T. Colin Campbell wrote the million-copy bestseller The China Study, which spurred Karen to earn a Certificate in Plant-Based Nutrition offered by Cornell in conjunction with T. Colin Campbell’s organization — an experience that changed her life and which she highly recommends to others.

We thank our lucky stars for the day that we discovered Rachel Cunliffe and Stephen Merriman — a smart, creative sister-and-brother team that designs beautiful websites, including our new one here at KarenAndAndrew.com.  They are consummate professionals and a joy to work with, and we can’t recommend them to you highly enough.  We know you’ll thank us later.  (You’re welcome.)

Over the past few years, we’d come to love the beds in the best hotels we visited more than our own at home — so we decided it was time for a change in 2015:  We researched the best of the best of available bedware.  We finally bought ourselves a new Stearns pillow-top mattress, and pillows from Nordstrom.  But what truly put our sleep-time comfort over the top was outfitting our bed with two things:  a Cuddledown “Perfect Nest” [featherless] “featherbed” as well as a Cuddledown synthetic fill comforter.  We’d personally prefer that geese be allowed to keep their own feathers, and these products prove there’s no need to take them to achieve perfect comfort.  Now we can’t wait to drift off at night, feeling like we’re sleeping on a cloud. 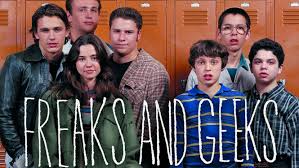 “Freaks & Geeks” (1999-2000) is one of the very best TV shows of all time — and if you don’t believe us, maybe you’ll believe Slate or Time magazine.  The show’s high school setting and dialogue gave Karen such a powerfully eerie sense of deju vu that she started researching its origins and learned that creator Paul Feig was born the same year she was, and grew up just 15 minutes away from her in the suburbs of Detroit.  The cast (including young James Franco, Seth Rogen, and Jason Segel) is stellar, and many have gone on to other great roles (as has the show’s executive producer Judd Apatow), so we’re not expecting a Kickstarter film campaign any time soon — but if this gang is ever up for it, we’re in.

“They recommended their marriage counselor on their website?  Seriously?”  Seriously.  Through more than two decades of marriage, we — like any other couple — have had our share of challenges.  On occasions when they’ve brought us to the brink of questioning whether we’d be happier apart than together, we’ve been lucky enough to benefit from the wise counsel of Gene Shelly, MDiv, who has worked wonders for us, as he has for other couples we know.

Our single favorite place on earth.  Best enjoyed in the company of someone you <3.

Jane Umanoff, MSW, is one of the wisest women we know — and we both count ourselves as fortunate to have the benefit of her wisdom and guidance.   Jane is a New York-based prosperity coach with an uncanny ability to bring abundance and fulfillment into her clients’ personal and professional lives.  We both <3 Jane!

This weekday enewsletter published by Charlie Suisman is a guide to all things great about The Greatest City On Earth — and we consider it a must-read.  Best of all, it’s FREE — and you can subscribe here.

The world fell in love with Marketa when she co-starred in the sleeper hit film “Once,” for which she also co-wrote the music, including the Oscar-winning song “Falling Slowly.”   We fell in love with Marketa in 2009 after attending a Swell Season concert in Washington, DC, with our friend Chef Jose Andres, where we met her backstage (and again the following morning at our hotel).  We’re enormously excited about the release of this prodigiously talented musician’s new album “Muna,” which debuts in September 2014.

We love to run.  We’ve had the pleasure of running a half-dozen marathons, dozens of half-marathons, and countless shorter races between the two of us.  Most of them have been organized by the NYRRC, so we’re enormously grateful for their work.

Our amazingly talented photographer friend Ashley Garrett recommended this photography school to Andrew, who highly recommends it to others wishing to learn more about photography (whether in a one-time class, or a multi-week course).

We’ve discovered that just one or two nights of luxury and pampering at one of their extraordinarily charming properties can provide the restorative value of an entire week’s vacation — so when you look at it that way, you could even consider an R&C visit a bargain.

“The Sure Thing” (1985), starring John Cusack and Daphne Zuniga, is our favorite movie of all time (by our favorite director Rob Reiner) jointly, here reviewed by our favorite movie critic.  It was inspired by the Oscar-winning Frank Capra film “It Happened One Night” (1934). starring Clark Gable and Camille Colbert, of which we’re also very fond.

Heading into the third week of a winter cold, and having already watched as many of the AFI’s Top 100 films as she could stand, Karen asked a friend to recommend a lighter diversion, and Cynthia gave the nod to this one.  We both quickly fell in love with Kristen Bell’s smart, feisty teenage detective and the rest of the talented cast, and ended up watching all three seasons.  Several years later, when the Kickstarter campaign to make the movie was announced, we were two of its record-breaking 90,000+  supporters, and even served as extras in a few scenes.  We’re also featured in the behind-the-scenes documentary “By the Fans:  The Making of the Veronica Mars Movie” (2014). Everyone we met through the show — from writer/creator Rob Thomas to associate producer Ivan Askwith to Kristen Bell herself — was absolutely wonderful, and now we’re BFFs (Big Fans Forever!).

Victor Garber has the distinction of being the actor whom Karen has admired “longer and stronger” than any other, first worshiping his performance as Jesus in “Godspell” before falling under his spell on TV’s “Alias.”  Of course it took years before she discovered that the same charismatic actor had played both roles!  We’ve both since marveled at this Canadian actor’s wide-ranging talents and appeal, both on film (“Argo,” “Legally Blonde,” “Liberace,” “Titanic”) and on stage (“Present Laughter”) not to mention — after having had the great pleasure of meeting him in New York — in person.

The War of Art by Steven Pressfield

Karen just discovered this book in 2014, and it took her breath away.  She highly recommends it to every creative person she knows — or those who want to become one.