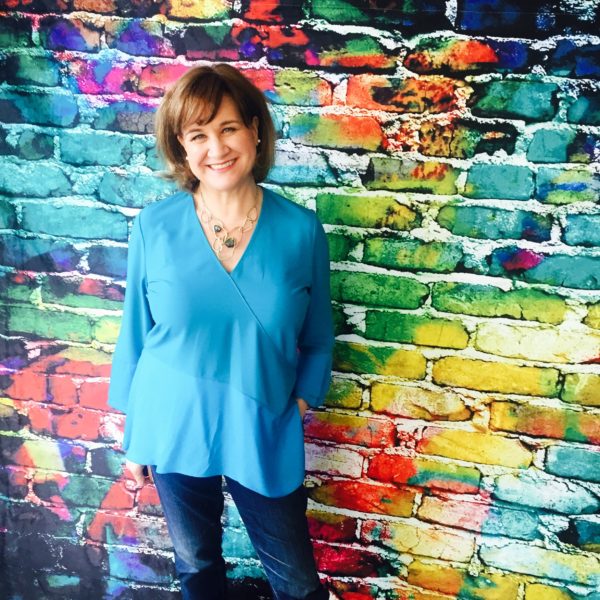 After skipping a grade, Karen Page received her letter of admission to Northwestern University at the age of 16.  The first person in her family to attend college, she self-financed her education by earning seven academic scholarships (including three Scripps-Howard Foundation journalism scholarships) and working full-time, including running her own birthday cake delivery business. As a sophomore she was awarded a research grant from the National Endowment for the Humanities to conduct an oral history of the Chicago women’s movement from 1963-1977, which inadvertently led to her work assisting Susan Davis in the founding of The Committee of 200, a professional organization of the country’s leading women business owners whose founding members included The Washington Post Company’s Katharine Graham, Harvard Business School professor Rosabeth Moss Kather, and Hollywood producer Sherry Lansing.  She was awarded a BA in Economics and a Certificate in Women’s Studies from Northwestern University in 1983, named one of six honorable mentions in Glamour’s Top 10 College Women Competition, and featured on the cover of Newsweek On Campus as one of America’s leading student entrepreneurs.

In New York City in 1984, Page co-founded the Young Women’s Forum of New York, later renamed the National Association of Young Professional Women (NAYPW) when it took a more nationally-oriented activist bent in championing child care and flexible work policies, including parental leave.  The organization was featured twice in The New York Times as well as in dozens of media outlets across the country and around the world (including the Sunday Times of London, and Austrian and Danish documentaries on contemporary feminism).  Page was invited to visit the White House twice in 1986, and NAYPW was honored with the National Organization for Women’s 1988 Susan B. Anthony Award at New York’s City Hall for its grassroots contributions to the women’s movement.

Page also earned an MBA from the Harvard Business School, where she was a 1988-89 General Mills/AAUW Foundation Fellow and one of five nominees for the 1988 Fitzie Foundation Award honoring the most outstanding woman student.  After being named to the board of directors of The International Alliance in 1992, she was invited to introduce keynote speaker Geraldine Ferraro at its annual conference in New York City in 1993, which received a standing ovation.  She helped to organize the school’s first student-alumna conference on campus, then founded its first alumnae network in New York City.  She was invited to testify before the U.S. Glass Ceiling Commission on HBS alumnae views of the glass ceiling in 1994. After being named Executive Vice President of a magazine publishing company and founding the HBS alumnae network, Page was interviewed in the February 1994 HBS Bulletin as one of six outstanding HBS alumnae (along with Stop & Shop co-founder Carol Goldberg and Catalyst president Ilene Lang), profiled again in April 1997 after the publication of CULINARY ARTISTRY, and described as the “one-woman powerhouse” behind the 1997 HBS alumnae conference in New York City.  In addition, she earned a 2006 Certificate from the Court of Master Sommeliers, and a 2013 Certificate in Plant-Based Nutrition from Cornell University in conjunction with the T. Colin Campbell Foundation.

Northwestern named Page in 1993 as one of the university’s 100 leading professional alumnae (along with trial attorney Rikki Klieman, Hollywood producer Sherry Lansing, Crate & Barrel co-founder Carole Segal, and Russian Tea Room owner Faith Stewart-Gordon) to serve as founding members of the mentoring organization The Council of 100.  In 1995, she was appointed to the C100’s second Executive Committee.  In 1997, she was honored with the Melitta Bentz Award for Women’s Achievement, given in honor of the woman founder of the billion-dollar coffee products company, at the annual meeting of The International Alliance in Tampa.  Page received the New York Women’s Agenda‘s “Women of the Future” Award in 2001, and the following year, she was one of three “Rising Stars” invited to address The Committee of 200 at its 20th Anniversary conference at The Pierre in New York City. She was also recognized in The Committee of 200 founder Susan Davis’s keynote speech at the C200’s 2007 25th anniversary gala at The Art Institute of Chicago for having assisted with the organization’s founding in 1982.

Since 2001, Karen has been an invited guest to Citymeals-on-Wheels’ Annual Power Lunch for Women, which unites 300 of New York’s most powerful women (such as Bobbi Brown, Gloria Steinem, and Barbara Walters) to raise more than $1 million for the city’s homebound elderly, and she has served on the event’s Steering Committee for nearly as long.  Featured as a “celebrity sous chef” (along with actors, anchors and authors such as Brenda Blackmon, Ruth Reichl, and Daphne Rubin-Vega) at SHARE’s “Second Helping of Life” event benefiting breast and ovarian cancer survivors, she has also joined Andrew Dornenburg as a featured guest (along with Bill Bratton & Rikki Klieman, and Jill Eikenberry & Michael Tucker) at the annual Women’s Campaign Forum’s “Dinner Parties of Your Choice” supporting women candidates for political office.  She was named to Les Dames d’Escoffier International (LDEI), the global philanthropic organization of leading women in the culinary and hospitality industries, and has served on the board of its New York chapter.  She is also a member of the Women’s Forum of New York — the city’s premier organization of women leaders comprised of more than 500 of the highest women achievers across all professional sectors from finance to fine arts — and the International Women’s Forum, a unique organization comprised of more than 6,500 dynamic women leaders in diverse fields representing 33 countries and 74 forums around the world.

An avid practitioner of Christian meditation and contemplation and a two-time marathoner (New York City – 1984 and Montreal – 1990), she has also run dozens of half-marathons and countless 10Ks.  She lives in New York City with her husband, author and photographer Andrew Dornenburg.