HAPPY ANNIVERSARY TO TWO EQUATIONS: EINSTEIN’S “THEORY OF RELATIVITY” AND OUR OWN “FLAVOR EQUATION” 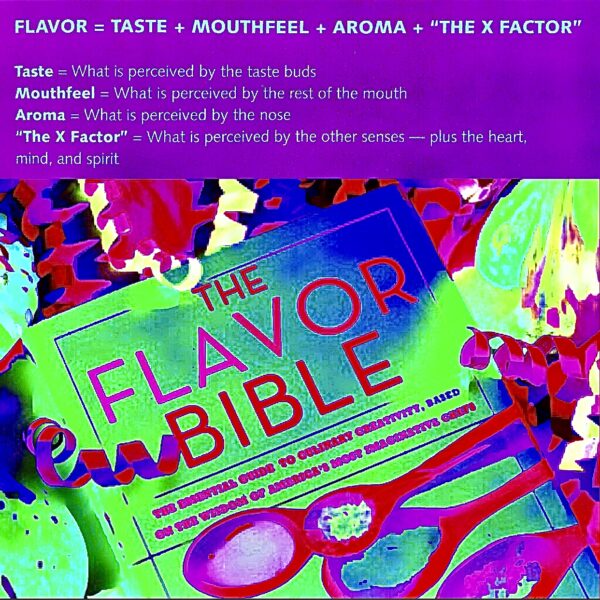 “Highlights include sample dishes by ingredient, THE FLAVOR EQUATION (FLAVOR = TASTE + MOUTHFEEL + AROMA + X FACTOR), and a list of alternative flavors for cravings (e.g., mushrooms for escargot).  The material goes beyond a cookbook to become a chef’s guide.”
—Library Journal on THE VEGETARIAN FLAVOR BIBLE (January 1, 2015)

This weekend — on September 27, 2020 — marks the 115th Anniversary of “The World’s Most Famous Equation”:  E = mc2, better known as Albert Einstein’s Theory of Relativity.  The equation was published on September 27, 1905, in his paper “Does the Inertia of a Body Depend Upon Its Energy Content?” 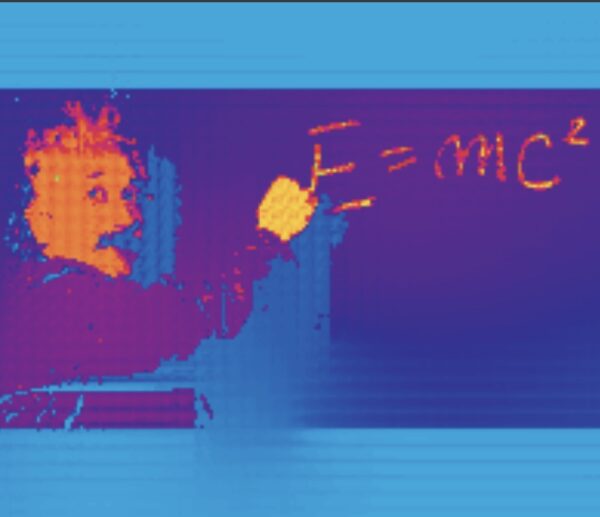 What better excuse to also celebrate the 12th Anniversary of arguably “The World’s Most Delicious Equation”:  FLAVOR = TASTE + MOUTHFEEL + AROMA + THE X FACTOR, better known as our Flavor Equation.  The equation was published on September 16, 2008, in our book THE FLAVOR BIBLE.

Just as the heart of Einstein’s lifetime of work is often summed up as “E = mc2,” the heart of the eight years of research and writing we put into THE FLAVOR BIBLE were summed up on page 1 of the book in this equation — which has been so central to our work that it also appears in THE VEGETARIAN FLAVOR BIBLE (2014) and KITCHEN CREATIVITY (2017). 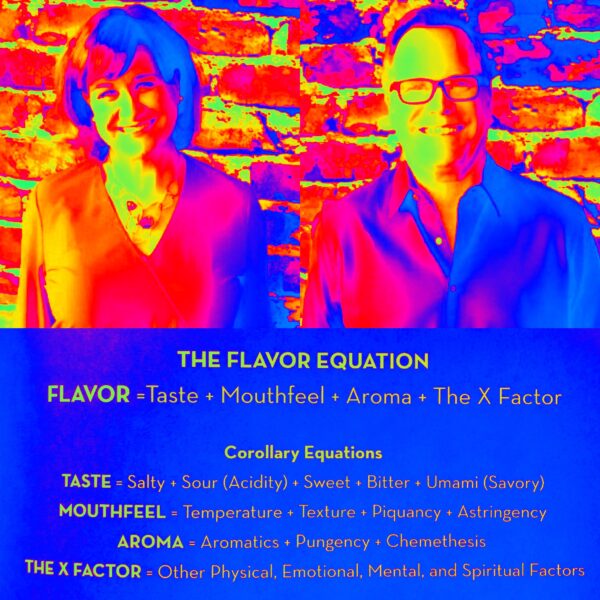 When we were invited to be the keynote speakers to dozens of members of the media and other guests at the 2010 Pillsbury Bake-Off in Orlando, there was no question what we would speak about.  As journalist Vanessa Druckman reported in April 2010:

“‘Creative minds play with the objects they love.’  And so Karen Page begins our first Pillsbury Bake-Off food seminar where we will explore the X factor in the flavor formula detailed in THE FLAVOR BIBLE….THE FLAVOR EQUATION:  FLAVOR = TASTE + MOUTHFEEL + AROMA + THE X FACTOR.”

Four years later in THE VEGETARIAN FLAVOR BIBLE, we shared The Flavor Equation as central to the process of Maximizing Flavor: 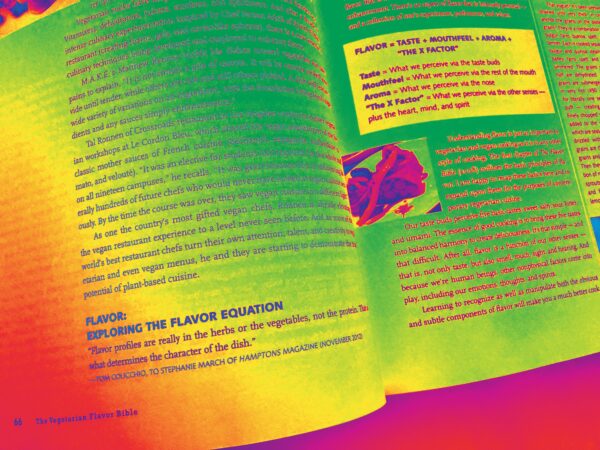 As we mention in our 2017 book KITCHEN CREATIVITY, “Every single opportunity you have to create deliciousness in any dish is reflected in THE FLAVOR EQUATION and its corollary equations — so make them your friends.”  The Corollary Equations include: 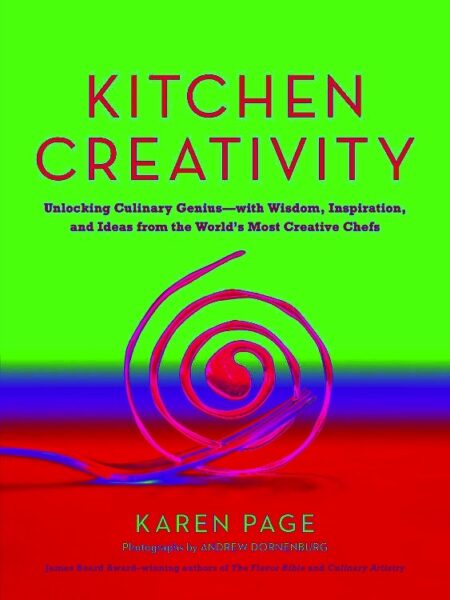 So this Anniversary weekend — after you’ve pondered the meaning of Einstein’s equation [which essentially means “energy equals mass times the speed of light squared,” which show that energy (E) and mass (m) are interchangeable; that is, they are different forms of the same thing] — we invite you to reflect on The Flavor Equation and all the ways you can use it to make everything you prepare to eat and drink at home more delicious!