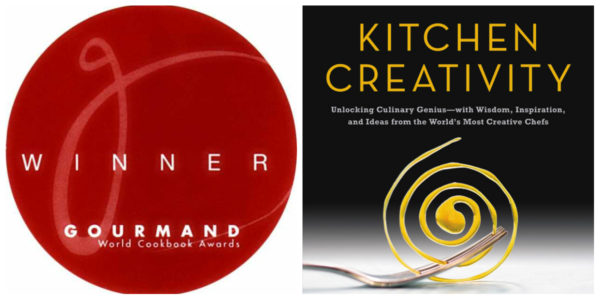 Christmas came a day early for us — as we were delighted to wake up this morning to this email notification:

“The Gourmand World  Cookbook Awards are delighted to announce that KITCHEN CREATIVITY is the winner selected to represent the U.S.  in the  Food Writing category.  The awards event will be Saturday, May 26 and May 27, 2018 in Yantai, China. You would be most welcome.  Your book will now compete in its category against other countries for The Best in the World. The results will be announced on May 26, 2018, at the annual Gourmand Awards Ceremony.”

Last year’s winner of Gourmand’s Food Writing award for the USA was “Top Chef” host Padma Lakshmi for her memoir Love, Loss, and What We Ate.

Our heartfelt thanks to everyone who contributed to the creation of this book — including everyone at our publisher Little, Brown, especially editor Mike Szczerban, not to mention 100+ of the world’s most creative chefs whose wisdom, inspiration, and ideas are featured in it — and everyone at the Gourmand World Cookbook Awards for recognizing it.  Thank you all so much!

The Gourmand World Cookbook Awards were founded in 1995 by Edouard Cointreau. Every year, they honor the best food and wine books, printed or digital, as well as food television. Books from 205 countries participate in these prestigious awards, the only international competition for culinary literature. It is free, and open to all languages.

With the huge network created around the Gourmand Awards, Edouard Cointreau decided to launch the Paris Cookbook Fair in 2010. After three years at Le Centquatre, the fair moved to the Carrousel du Louvre in 2013, and Beijing in 2014. Since then, the World Cookbook Fair takes place at the Frankfurt Book Fair. 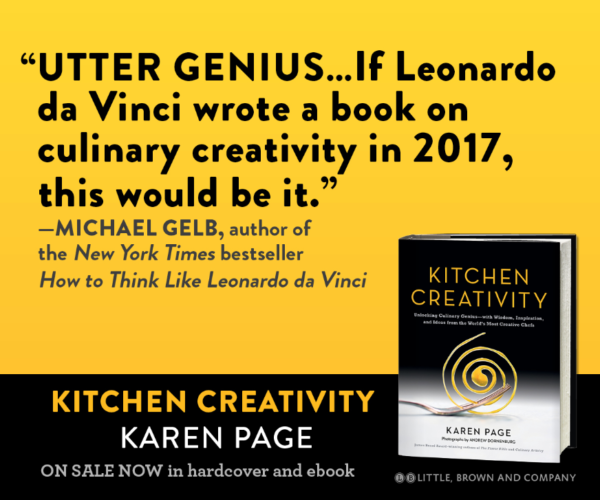