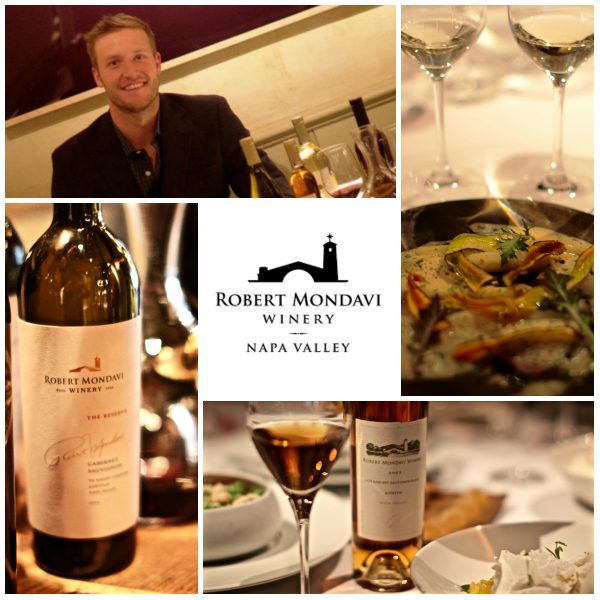 “Wine is about relationships.”
–Robert Mondavi

When Joe Harden was just a kid in the 1990s, he remembers meeting legendary Napa Valley winemaker Robert Mondavi, a friend and colleague of his father, who was also in the wine business.

“I remember him looking directly in my eyes, and asking me questions,” Harden told us.  “That made an impression on me.”

Harden himself went on to make enough of an impression to have been appointed winemaker at the legendary winery in April 2014.  He was a mere 26.

Meeting Harden for the first time, as we had the pleasure of doing earlier this week over lunch at Gramercy Tavern in New York City, is bound to make an impression on most people:  At 6′ 7″ tall, he towered over both of us when we shook his hand, which led to a conversation about his past life pursuing college and pro basketball.

After a couple of years playing for Notre Dame, Lodi native Harden was ready to leave the Indiana winters behind to transfer to UC Davis to dive into his dual passions of wine and basketball.  (The move proved fortuitous:  It allowed him to meet a fellow wine-and-basketball-loving woman he dated for several years.) Though he made it to California’s NBA D League Warriors and Australia’s Ballarat Miners, in 2012 he decided to focus on his wine career. 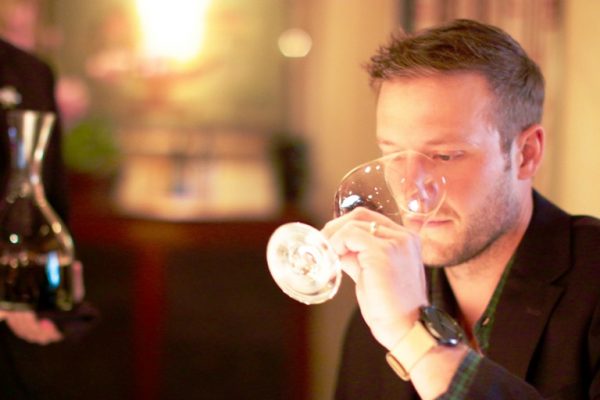 Harden had the good fortune of being taken under the wing of Mondavi’s Director of Winemaking Geneviève Janssens, Wine Enthusiast’s 2010 “Winemaker of the Year.” His year-long internship turned into a fast-track professional position — one that had him in New York City the week of the James Beard Foundation Media Awards (of which Mondavi is a sponsor) and dining with wine writers, plus jetting to Chicago (where the James Beard Foundation Chef & Restaurant Awards take place on Monday, May 1st) and talking about wine and food pairing on WGN-TV.

But it sounds like Harden is happiest at home in Napa Valley, where he sang the praises of Mondavi’s in-house chef Jeff Mosher as well as the joys of Napa Valley dining, whether a casual dinner at Redd Wood, simple cocktails and oysters at Bouchon, or a great dinner like the one he enjoyed with his wife Hannah (that aforementioned wine-and-basketball-loving college classmate, who currently runs the style blog VogueInVines.com) at The French Laundry in celebration of the couple’s two-year wedding anniversary. 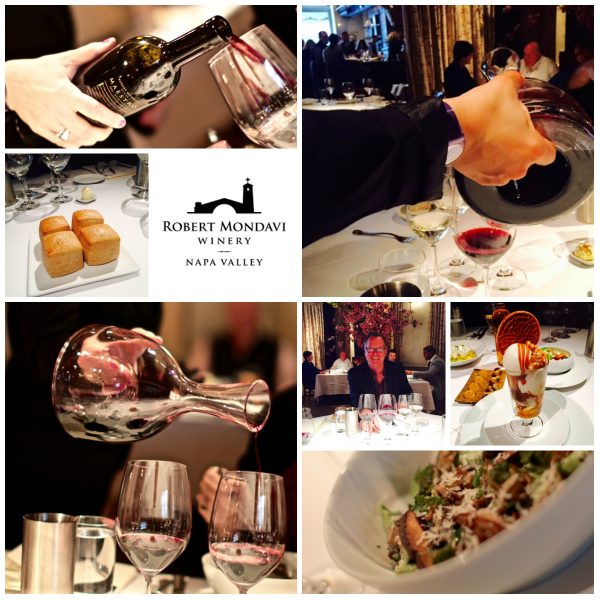 Robert Mondavi himself was definitely there in spirit at our Gramercy Tavern table, with Harden quoting him frequently, sharing Mondavi’s observation that “Wine is about relationships” as well as his description of the winery’s finessed Reserve Cabernet Sauvignon as having “the softness of a baby’s bottom, and the power of Pavarotti.”

Mondavi was also fiercely committed to promoting wine and food together.  Indeed, the wines we had the pleasure of tasting with lunch — two perfect-for-summer whites:  the 2015 Robert Mondavi Fume Blanc ($20) and the 2014 Robert Mondavi Fume Blanc Reserve ($52), two made-for-mushrooms reds that were an excellent match to our Spinach Garganelli with Nettles, Pecorino and Mushroom Ragu:  the unique yet approachable (“like Bob himself,” one of us at the table quipped) 2014 Robert Mondavi Maestro ($50) and the exceptional 2014 Robert Mondavi Cabernet Sauvignon Reserve ($165), and one “who needs dessert when the wine is this amazing?” sweet wine: the 2002 Sauvignon Blanc Botrytis ($50) — were each as food friendly as wines come. They each found eminently compatible partners in the dishes paired by Gramercy Tavern’s kitchen team:  2015 James Beard Outstanding Chef Mike Anthony, Chef de Cuisine Howard Kalachnikoff, and Pastry Chef Miro Uskokovic (whose desserts are so impressive that we’d never dream of leaving Gramercy Tavern without tasting at least one, and ideally more).

What’s next on Harden’s agenda?  Among other things, turning 30, which he’ll do over the summer this August 3rd — not to mention continuing his wine journey that has already produced some very elegant and alluring wines among his first vine-to-bottle releases. Just like Harden himself, they made a memorable impression indeed.