Toasting the 2017 Oscar Nominees With Flutes of Piper-Heidsieck, The Exclusive Champagne of the 2017 Academy Awards 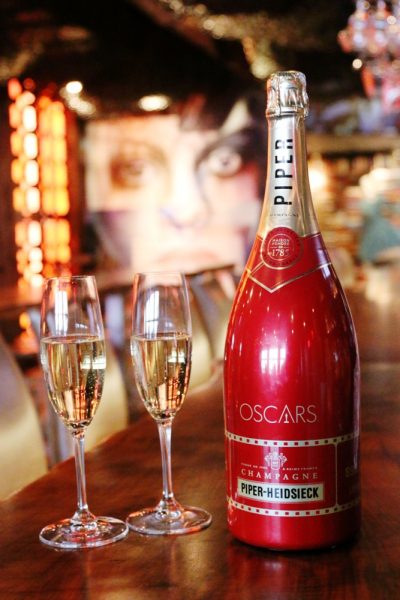 A bottle of Piper-Heidsieck Champagne appeared in Laurel and Hardy’s 1933 debut film “Sons of the Desert.”  Over the better part of a century since, Piper-Heidsieck has continued to forge a close relationship with the global film community.

This morning we were delighted to be able to hear the 2017 Oscars nominations announced live at The Tuck Room at the iPic Theater in downtown Manhattan while sipping flutes of #PiperRed Piper-Heidsieck Champagne — which is yet again the sole Champagne to be served during the Academy Awards season.

iPic Corporate Sommelier Adam Seger, an alum of Chicago’s Tru and Napa Valley’s French Laundry, cheerfully sabered a magnum for guests to enjoy at today’s event.  (A multitalented professional, Adam told us he uses THE FLAVOR BIBLE regularly in the creation of The Tuck Room’s cocktails and spirits.) 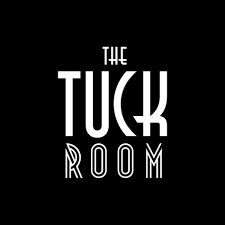 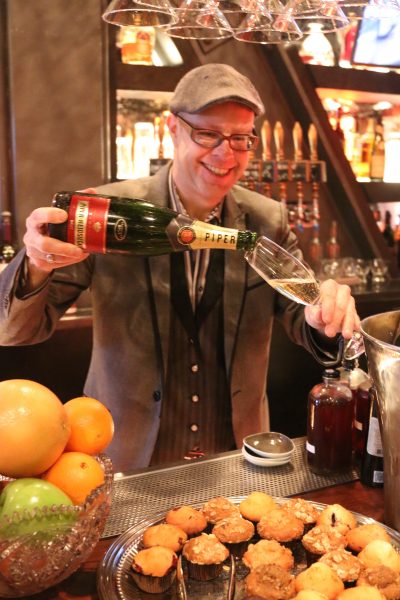 This year marks the third year of a long-term relationship cemented between the Academy of Motion Picture Arts and Sciences and Piper-Heidsieck.  In addition to the Oscars ceremony on February 26th, Piper-Heidsieck is the exclusive Champagne poured at Academy Awards events in Los Angeles, New York City, and London, not to mention the Oscars Nominee Luncheon (February 6th) and the Governors Ball.

Piper-Heidsieck has also been the official Champagne of the International Cannes Film Festival for more than two decades.

As we were leaving today’s event, we chatted with Piper-Heidsieck’s importer Terlato Wines’ Mary Anne Sullivan, who told us she’d seen 2017 Best Picture nominee “La La Land” on site at the iPic theater.  “You’ve got to see a movie here!” she enthused. 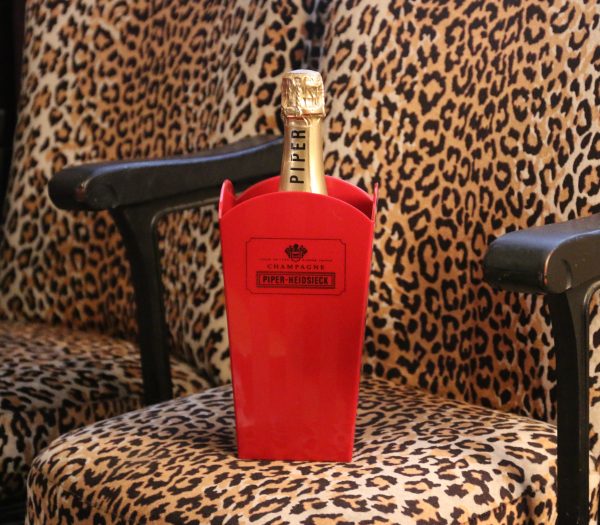 Getting ready for the Oscars on February 26th, with a popcorn-box-shaped Champagne bucket and a bottle of Piper-Heidsieck Champagne near our animal print theater seats at home

She didn’t have to twist our arms.  While we’re currently planning to watch the 2017 Oscars in our own “in-home theater” (see photo above) with glasses of Piper-Heidsieck, we’re already looking forward to returning to iPic for a movie and to The Tuck Room to sample some of Adam’s cocktails.

Piper-Heidsieck is one of France’s oldest Champagne houses, created in 1785, and is part of the EPI Group.  The Champagne is imported to the U.S. by Terlato Wines. piper-heidsieck.com

The Tuck Room is located in the iPic theater at 11 Fulton Street at Fulton Market at the South Street Seaport, and is a destination-worthy venue taking great pride in its food and drink program, overseen by James Beard Award-winning chef Sherry Yard and passionate sommelier and mixologist Adam Seger. thetuckroom.com