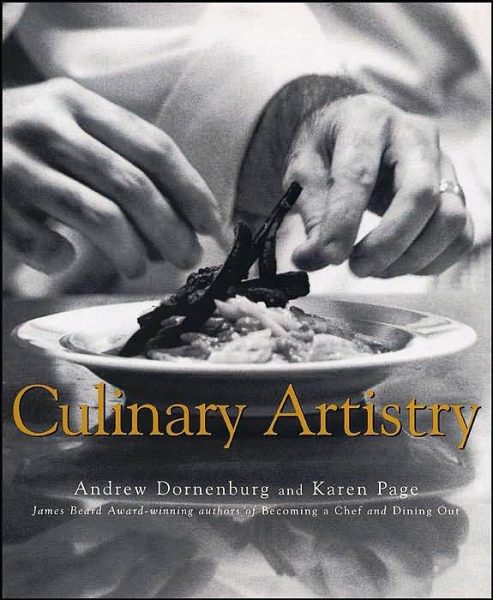 “One of the top 10 must-have cookbooks of the past 25 years.”
—Alison Fryer & Jennifer Grange of The Cookbook Store in Toronto, in the Toronto Star (2008)

After more than a quarter century of marriage, we don’t have kids — we have books.

And as our book CULINARY ARTISTRY marks its 20th birthday today, we’re happy to celebrate this landmark day in its history.

We’re feeling enormous gratitude to everyone who has played a part in CULINARY ARTISTRY‘s life to date — including those who let the world know this book existed, all our readers who have told us how much the book influenced them, and especially all of the chefs who generously allowed us to interview and feature them:

Our heartfelt thanks to all of you who have been a part of CULINARY ARTISTRY‘s ongoing journey — and who have helped to spread the good word literally around the world:

“Among all the ‘cookbooks’ in my collection, CULINARY ARTISTRY may well be the most beaten and battered…To this day, if I’m really stuck for a flavor pairing, I will still refer to CULINARY ARTISTRY for its charts of common, and not so common, matches.”
–Michael Laiskonis, 2007 James Beard Award winner for Outstanding Pastry Chef (NYC)

“Most used cookbook: CULINARY ARTISTRY by Karen Page and Andrew Dornenburg.”
–Grant Achatz of Alinea, 2008 James Beard Award winner for Outstanding Chef, as quoted in the November 2006 issue of Chicago magazine, a month after Alinea was named America’s #1 restaurant in Gourmet magazine

“CULINARY ARTISTRY is a great cookbook for everyone, but a revolutionary one for professional chefs…After almost 15 years of having my dog-eared copy, I still use it to spark my creativity. This is another core book in any cook’s kitchen.”
–Hugh Acheson, James Beard Award winner and “Top Chef” judge

“Q. Favorite Cookbook?  A.CULINARY ARTISTRY….
It’s full of charts, and it has famous chefs’ recipes in it. It lists ingredients and gives you possibilities for other flavors that go with those ingredients. And it tells you how these chefs think about ingredients.”
–Michael Voltaggio, chef-owner of Ink in Los Angeles, and winner of Season 6 of “Top Chef”

“CULINARY ARTISTRY:
Epic. One that started it all.”
–Will Goldfarb, director of the pastry program at Ku De Ta and called “one of the finest chefs in the world to pass through the elBulli kitchen”

“CULINARY ARTISTRY…seemed to pull together everything that was missing in my ideology of food.”
–Michelin two-star chef John Campbell

“My current favourites…CULINARY ARTISTRY.  There are very few books that give readers a glimpse of how chefs develop their dishes.  This book is one of the few to explore this.  I’d recommend it to anyone wishing to learn about the creative process…A hidden foodie gem.”
–Mary Carney, winner of “MasterChef”

Twenty years after it was first published, CULINARY ARTISTRY is still available via Amazon.com and at better bookstores everywhere.