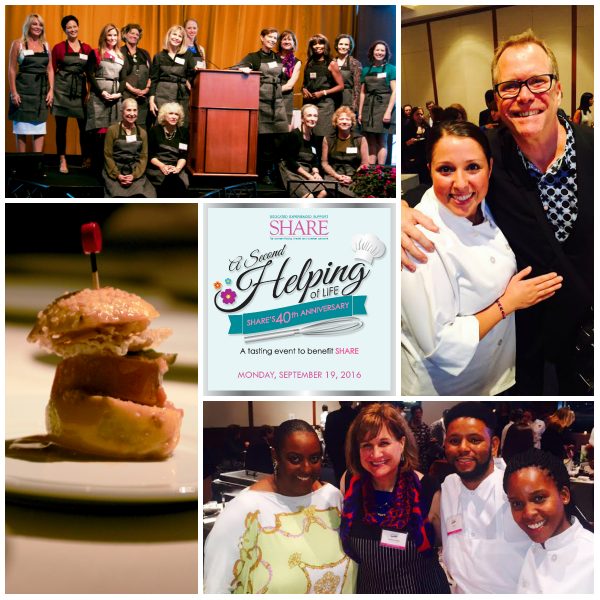 It’s been a challenging past several days in the New York area, to say the least.  That made the high energy and positive vibes at NYC’s Pier 60 all the more welcome:  Last night marked the 40th anniversary of SHARE, a not-for-profit organization that supports women with breast and ovarian cancer, and we were both happy to be able to yet again support its annual “A Second Helping of Life” benefit, as we have every year since this event’s earliest days.

The evening brings together some of the city’s best chefs, each paired with a “Celebrity Sous Chef,” who often include authors, actresses, and anchors, and in which capacity Karen is always pleased to serve, since she was first paired with Chef Charleen Badman, then of NYC’s Inside and currently of Scottsdale’s acclaimed FnB restaurant.

Karen has been paired with other fabulous chefs in the years since — including Dirt Candy’s Amanda Cohen, Marea’s Lauren DeSteno, and Suenos’ Sue Torres.  This year was no exception, presenting the chance to connect with Harlem’s own Melba Wilson of Melba’s Restaurant at 114th Street and Eighth Avenue.  Melba just saw her first cookbook published this year, Melba’s American Comfort:  100 Recipes From My Heart to Your Kitchen.  She and her team couldn’t have been lovelier, and it was a pleasure for Karen to spend the night as a member of Team Melba.  We’re already looking forward to getting uptown to Melba’s one Tuesday night for its live music! 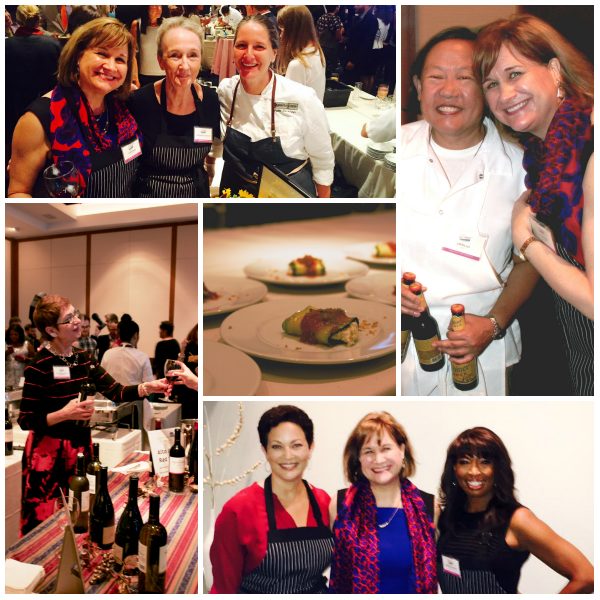 We especially loved Amanda Cohen‘s Carrot Buns, which we’ve enjoyed previously at Dirt Candy, Lauren De Steno‘s wonderful stuffed zucchini with macadamia nut “ricotta,” and Sue Torres‘ lusty corn tacos on one of the most delicious tortillas imaginable.  (We had to have seconds of each.)  Special thanks to all the chefs who mentioned that they were inspired to showcase vegetarian or vegan dishes last night, knowing that we’d be able to taste them!  And special thanks to chefs like Balaboosta’s Einat Admony, whose team gladly vegetarianized her hummus dish served with warm, puffy pita — if there’s a better hummus than hers out there in the world, we want to taste it! 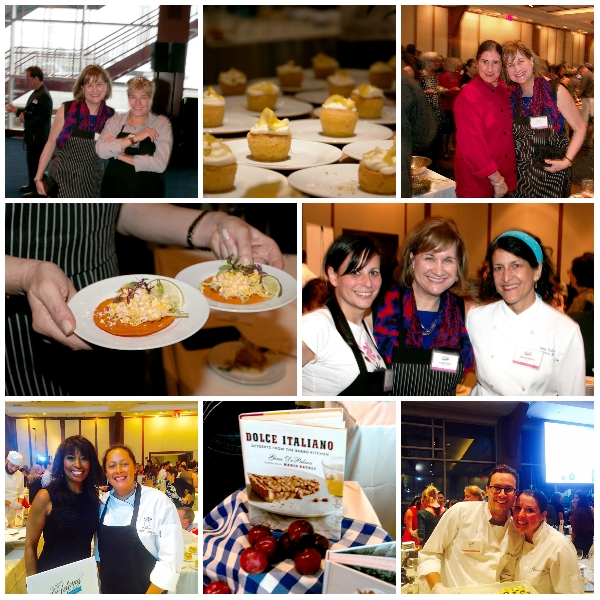 Most importantly, a salute to SHARE itself on its 40th anniversary of doing what it does so well!

SHARE is a 40-year-old survivor-led organization based in New York City that provides support, information, and resources to women affected by breast and ovarian cancers.  Its mission is to help women and their families address the emotional and practical issues that arise from a cancer diagnosis and to provide the support these women need to feel less isolated, better informed, and more empowered as health care consumers.  More than 40,000 times each year, SHARE programs touch women and men affected by breast or ovarian cancer, as well as members of the general public, through support groups, helplines, education programs, and outreach initiatives.  Making targeted efforts to reach all women affected by breast or ovarian cancer, SHARE places a special emphasis on programming for women from medically underserved communities.  Both LatinaSHARE and SHARE’s Ambassador Program expressly serve women of color, with a focus on low-income women in all five boroughs of New York City.  sharecancersupport.org

SHARE‘s annual “A Second Helping of Life” benefit takes place every September at Pier 60 in New York City, so mark your calendars now for September 2017.  sharebenefit.org