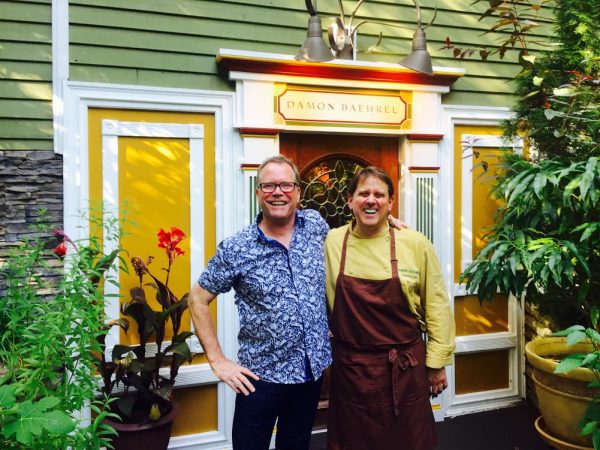 “This restaurant serves only a handful of tables at a time (there is reportedly a five-year wait for a reservation)….What the fuss is about is, in reality, a one-man band named Damon Baehrel, who does everything from raise most of the ingredients used at the restaurant (which includes growing and milling his own flour for bread), to cooking, serving, and even bussing the dishes. If you are lucky enough to snag a table, be prepared for a 23-course extravaganza that will last for hours.”
—OpinionatedAboutDining.com, in naming Damon Baehrel the #5 best restaurant in America for 2016 (June 8, 2016)

“Damon Baehrel, the Rain Man of Native Harvest Cuisine. He is the farmer, the miller, the butcher, the Cheesemaker, the server, the dishwasher. 24 courses in 6 hours by himself–one single person! Wow– truly one-of-a-kind.”
—Mads Refslund, an original co-founder of Copenhagen’s Noma (which was first named the #1 restaurant on the World’s 50 Best Restaurants list in 2010), via Instagram @madsrefslund (September 3, 2015)

Patience is a virtue.

So we were reminded yesterday when — two years, four months, and 14 days after our first inquiry — we were rewarded with an opportunity to visit Damon Baehrel‘s namesake restaurant in Earlton, New York. 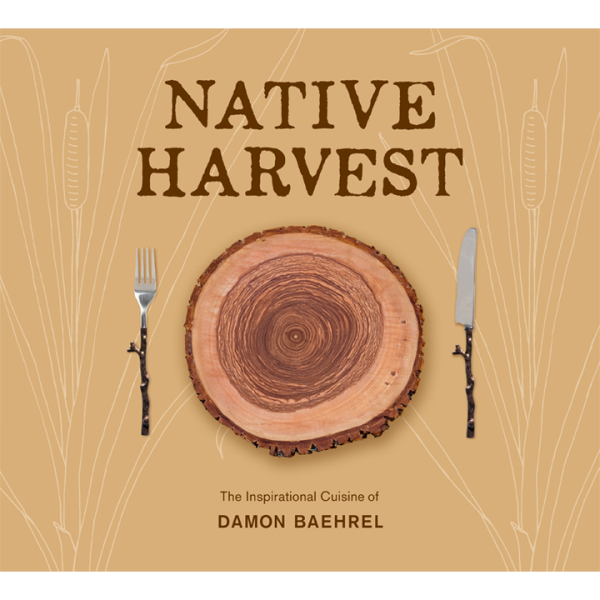 There, we were able to sip the sap of sycamore trees as we tasted our way through one exquisite dish after another created from the likes of tree bark, acorns, and wild fruits and vegetables and herbs from this 12-acre property located 110 miles north of Manhattan and 23 miles south of Albany, each served and patiently described by Baehrel himself.

We were happy to have the opportunity to interview and photograph Baehrel for our forthcoming book KITCHEN CREATIVITY, and to learn more about and photograph his unique cuisine, which he terms “Native Harvest” and which is both the subject and title of his forthcoming cookbook-slash-memoir, which is due out in the coming months.  If it’s a fraction as appealing and educational as what we experienced yesterday, we can’t wait to get our hands on it.

But as we now know, some things are simply worth waiting for. 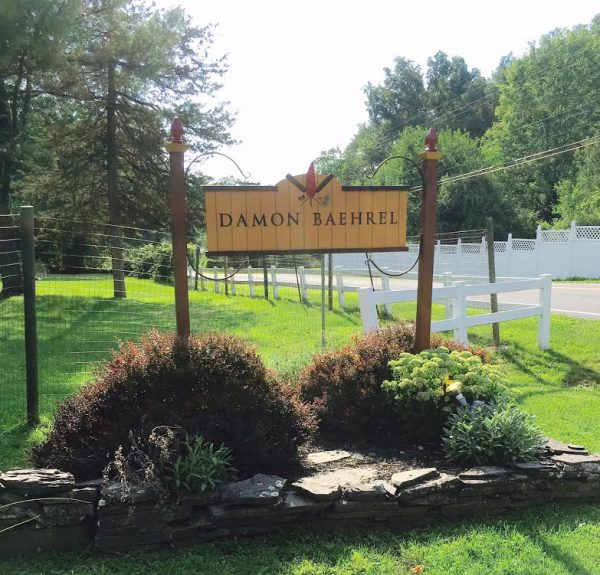 Damon Baehrel is in Earlton, New York.  While the tiny restaurant reports a backlog of guests wishing to dine there and no longer accepts reservations, it’s possible to pre-order a copy of Baehrel’s cookbook/memoir Native Harvest here (where you can use code PREORDER for a 15 percent discount).

P.S.  Just how popular is Damon Baehrel?  The restaurant was featured on the May 27, 2016, episode of “Jeopardy,” under the category of “Almost Fanatical Devotion.”