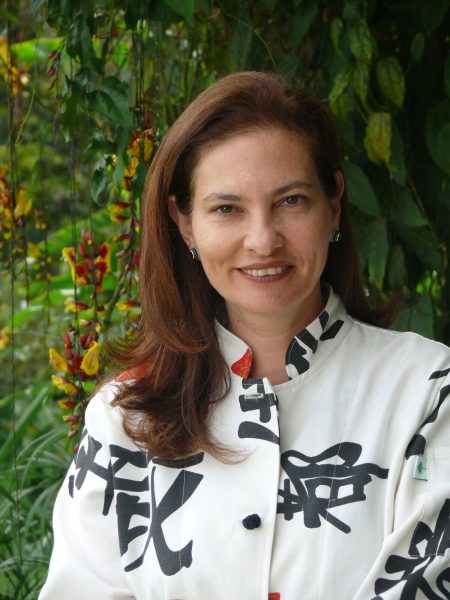 “Today’s recipient of the Basque Culinary World Prize reflects how gastronomy can take a leap from craft to consciousness. Maria Fernanda uses Cacao as a gastronomic symbol that has a positive impact on the entire food chain.  This is an inspiring project that exemplifies the great reach of gastronomy. Chefs can make a difference.“
–Joan Roca, Chair of the Prize Jury

María Fernanda Di Giacobbe from Venezuela has been named the winner of the inaugural 2016 Basque Culinary World Prize, a new annual global award which seeks to recognize chefs around the world whose projects have improved society through gastronomy.

She will now receive  €100,000 toward “a project or institution of her choice that demonstrates the wider role of gastronomy in society.”

Di Giacobbe was chosen for her work with Venezuelan chocolate through social projects such as Kakao and Cacao de Origen. Through these, she has built an ecosystem of education, entrepreneurship, research and development around the Criollo cacao bean, making it a source of identity, culture and economic wealth.  Amid the complex political situation in Venezuela, María Fernanda Di Giacobbe has provided opportunities for women in economically vulnerable conditions.

Di Giacobbe said: “From now our work will take on a new dimension. We will bring the transforming power of trade to many more women ‘chocolate entrepreneurs.’  This award is a reflection of hundreds of entrepreneurs, producers and chocolatiers and their learning, enthusiasm and hard work.   It allows us to set new goals and open up new ways to connect with the world.  We in Venezuela are tremendously grateful that the Basque Culinary Prize has placed this trust in us.”

María Fernanda Di Giacobbe built a whole chain of education, training, entrepreneurship, research and economic development in farming communities around Venezuelan cacao. With Kakao and Cacao de Origen, she supports local producers with the resources they need to improve their product — including in production processes, fermentation and marketing — in order to export to master chocolatiers around world aligned with the Bean to Bar movement (some 60 producers in 18 communities are currently taking part).  Maria also helps women to become chocolate entrepreneurs themselves, with a training program that focuses on gender equality, competitiveness and fairtrade practices. In collaboration with Simón Bolivar University, Maria has also founded a Cacao Industry Management programme that has already had 1,500 have already graduated — 94 percent of whom are women.

More than 200 nominations from around the world led to 110 candidates from 50 countries, and on May 26th, 20 finalists were announced.

The Basque Culinary Prize is organized and promoted by the Basque Culinary Center (BCC), an  academic institution specializing in gastronomy headed by Joxe Mari Aizega, PhD, and the Basque Government under the Euskadi-Basque Country Strategy, which released the joint statement: “A generation of international chefs have now expanded their role in society and redefined their profession by integrating new skills, creativity, innovation and social concerns into their approach. The Basque Culinary World Prize celebrates this evolution.”