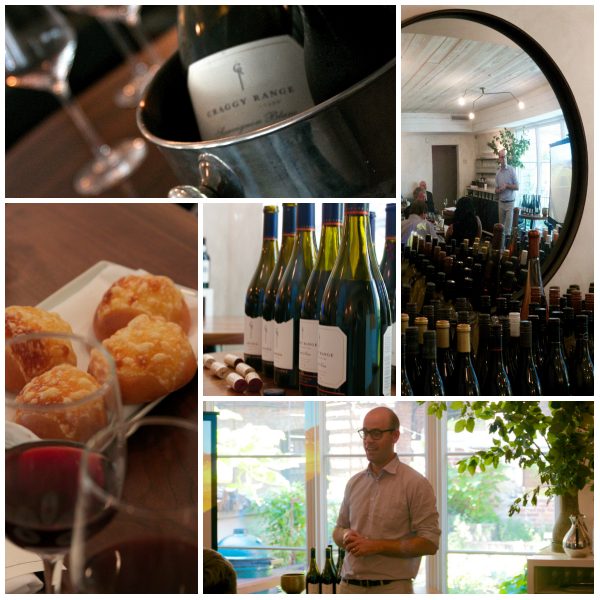 “I am fortunate to lead an extraordinary group of people who want to be part of creating something truly magnificent that successive generations can admire and enjoy for years to come.  I love our great estates and feel a strong connection to their complexities and subtleties.”
—Matt Stafford, chief winemaker, Craggy Range Winery

“Craggy Range Winery provides the singular experience of tasting New Zealand terroir with every sip.  By selecting and sourcing the finest vineyards in New Zealand and planting them with only those vines perfectly suited to the specific parcels of earth, Craggy Range crafts wines that truly speak of where they come from.”
—Steve Smith, MW, director of wine and viticulture, Craggy Range Winery

The better part of a decade ago, we attended an unforgettable wine tasting lunch in Manhattan led by Craggy Range Winery‘s Steve Smith, MW — the only winemaker in the world to have earned the elite designation of Master of Wine — that turned out to be one of the most powerful demonstrations of wine and food pairing we’ve ever witnessed.

With a number of fellow wine writers, we blind-tasted a half-dozen 2006 vintage New Zealand Sauvignon Blancs and rated our favorites.  Scores were tallied, and Smith’s own Craggy Range entries came in dead last at fifth and sixth.

Then we blind-tasted the wines again with food, rating them again.  This time, the results were reversed, with the 2006 Craggy Range Te Muna Road Vineyard Sauvignon Blanc (Andrew’s overall favorite) and the 2006 Craggy Range Old Renwick Vineyard Sauvignon Blanc (Karen’s overall favorite) coming out on top as first and second, respectively.

Having tasted thousands of wines since then, for these wines to have made such a lasting impression is quite a feat. 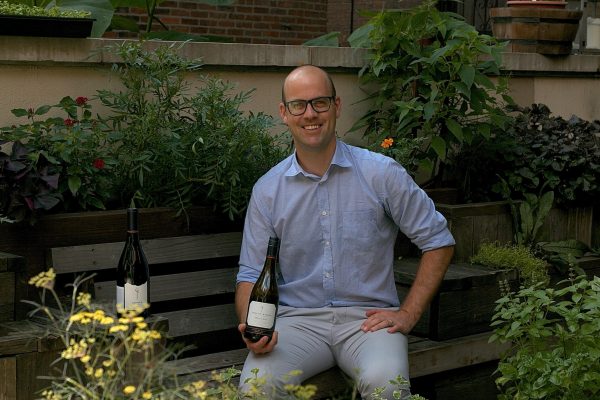 Despite being on deadline with KITCHEN CREATIVITY, there’s no way we wanted to miss sharing lunch in Manhattan yesterday with Craggy Range’s chief winemaker Matt Stafford, who was visiting from New Zealand.  So, we headed downtown for our first-ever visit to the Michelin-starred New Zealand-inspired restaurant The Musket Room, where we were happy to be greeted by the crisp, elegant 2015 Craggy Range Te Muna Road Vineyard Sauvignon Blanc, whose fresh notes of grapefruit and minerality perked up our spirits immediately.

Then we settled in to taste through five Craggy Range Pinot Noirs, including the appealingly smoky-noted 2014 Te Muna Road Vineyard Pinot Noir (both of our favorites of the two we tasted from this vineyard, and an impressive value at $45), and the 2011 Aroha Pinot Noir (Andrew’s favorite, which evoked a “Wow!” from him) and 2014 Aroha Pinot Noir (Karen’s favorite, of the three we tasted from this vineyard).  Craggy Range Winery manages to celebrate the beauty of Pinot Noir and the uniqueness of New Zealand’s terroir through its expertly-crafted single-vineyard wines. 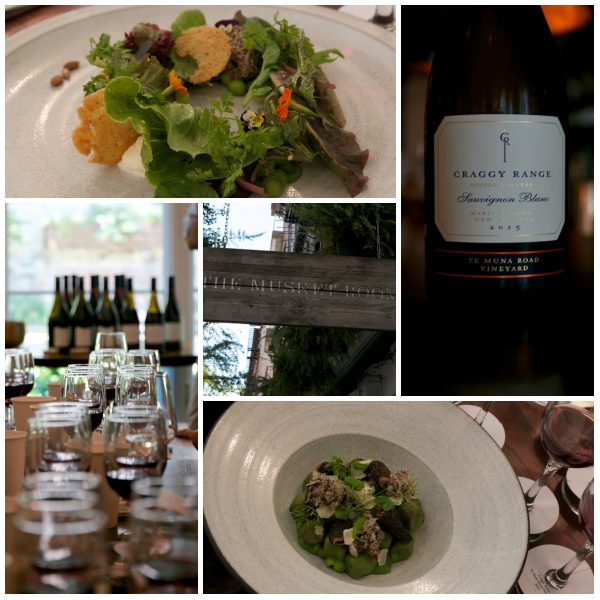 Again, the wines came alive even more when accompanied by The Musket Room’s beautifully presented and delicious dishes — so much so that we’d already agreed to return for dinner one night soon to explore its menu further.  Then we discovered the reason:  Musket Room chef-owner Matt Lambert, a New Zealand native whose food we’d loved in his days in the kitchen with gifted chefs Brad Farmerie (whom we interviewed for THE FLAVOR BIBLE) and/or Chris Rendell at Public, The Monday Room and/or Double Crown, which have all been among our favorites over the years.  His wife Barbara Lambert graciously oversees the dining room, including making occasional introductions to the pair’s adorable kids Pierce and relative newborn Elvis. 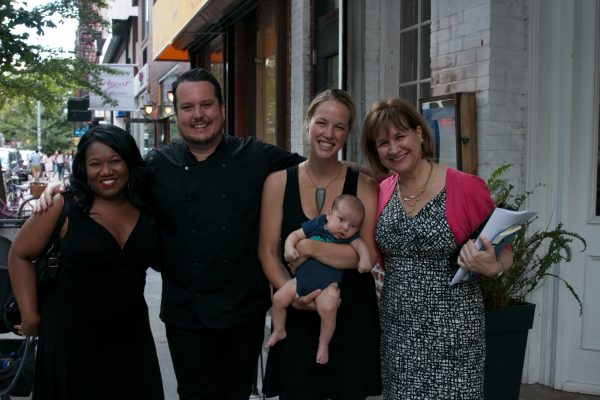 Compared to Old World countries that measure the time they’ve been making wine in centuries, New Zealand is indeed a relatively new player on the global wine scene, having first started making a serious effort to get into the game in the 1970s and having finally started to gain attention for its efforts in the 1990s.  Craggy Range Winery continues to distinguish itself as a name in the New Zealand wine world well worth remembering.

“We believe we produce some of the new World’s most inspiring fine wines, wines that are true reflection of the place and the people. We also believe these wines represent some of the best value fine wines in the world.”
–Terry Peabody, founder, Craggy Range Winery

Craggy Range Winery is the New Zealand-based winery founded in 1997 through the partnership of Australian businessman Terry Peabody and winemaker Steve Smith, MW, at craggyrange.com.

The Musket Room is the New Zealand-inspired restaurant run by the husband-and-wife team of Chef Matt Lambert and his wife Barbara Lambert at 265 Elizabeth Street in New York City, and at musketroom.com.