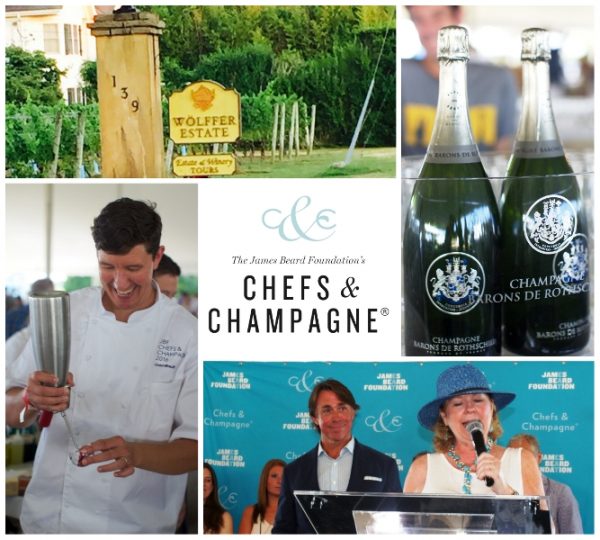 The elegant Barons de Rothschild Champagne flowed non-stop yesterday at the James Beard Foundation‘s 2016 CHEFS & CHAMPAGNE event held on the East End of Long Island, which offered us a welcome afternoon and evening’s diversion from working on our book-in-progress KITCHEN CREATIVITY (Little, Brown; 2017).

After creating 10 books, we’ve learned that sometimes the most productive thing you can possibly do is to actually step away from the computers to give all the ideas that are flowing through your mind time to incubate — and refresh your inspiration through tastes of the work of chefs who are clearly dedicated to their craft.

Held at Wolffer Estate in Sagaponack, the 26th annual gathering brought together hundreds of revelers under a huge white tent for tastes of dozens of leading chefs’ [see yellow box] dishes and both Brut and Rosé Brut Barons de Rothschild Champagne. 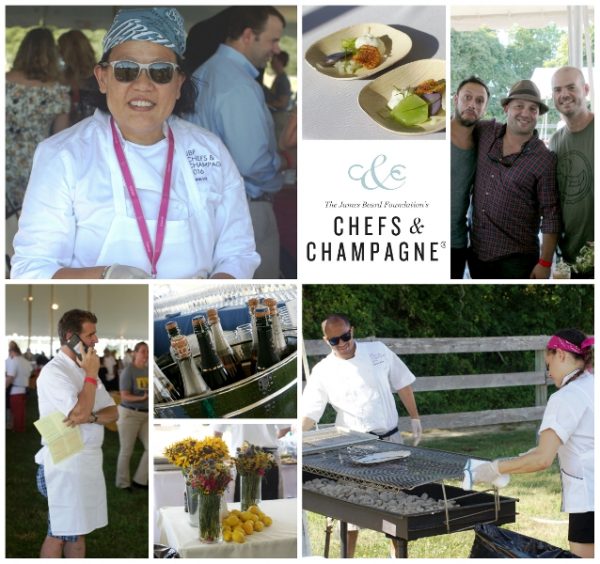 With this year’s theme of “From the Big Easy to the Big Apple,” James Beard Foundation President Susan Ungaro introduced the event’s honoree, New Orleans chef-restaurateur John Besh, who made his first-ever visit to the Hamptons for the festivities.  After being inspired by his hometown hero the late Paul Prudhomme (the first chef to appear on the cover of Time magazine, he took interest in Louisiana’s Cajun and Creole cuisines to a global scale), Besh himself grew up to celebrate the flavors of New Orleans, preserving and promoting the region’s ingredients, techniques, and heritage. His four cookbooks include My New Orleans (2009), My Family Table (2011), Cooking From The Heart (2013), and Besh Big Easy (2015).  He has also been the host of two national public television cooking shows:  “Chef John Besh’s New Orleans“ and “Chef John Besh’s Family Table.”  In 2011, Besh created his own foundation, which works to protect and preserve the culinary heritage and foodways of southern Louisiana via initiatives such as “Chefs Move!,” which provides scholarships to culinary students, and “Milk Money,” which provides no-interest microloans to local farmers. 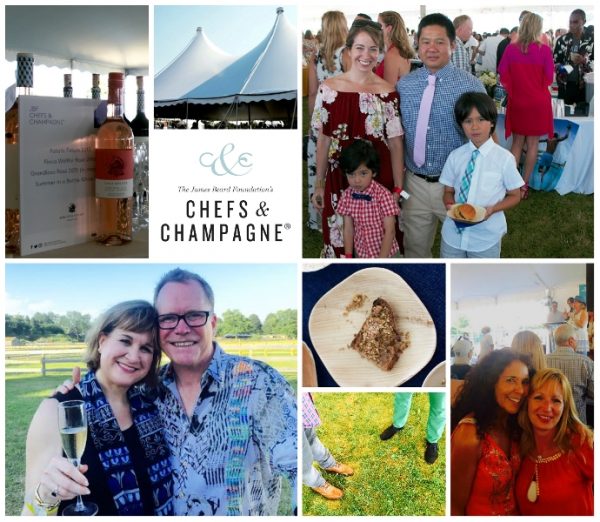 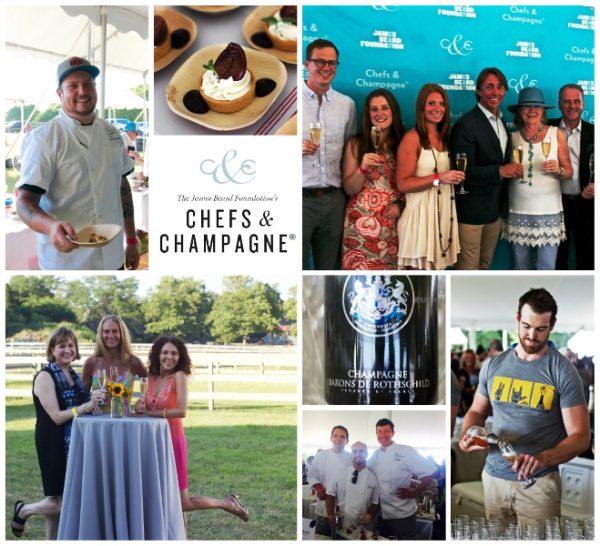 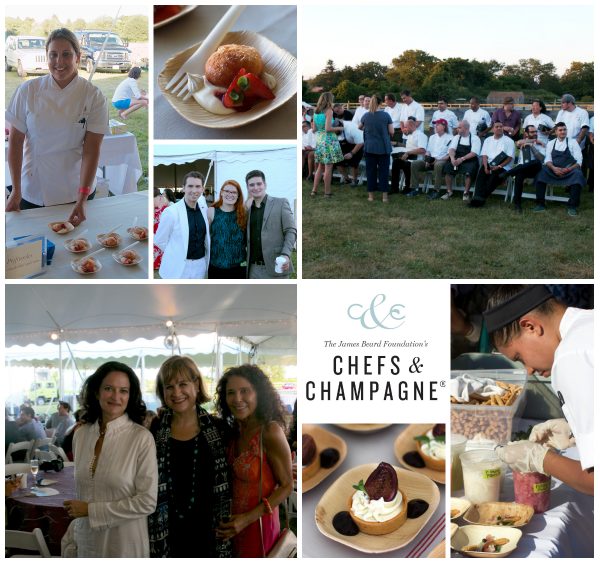 “I love Chefs & Champagne: beautiful setting, beautiful food, and beautiful crowd.  Shelly Menaged, Susan Ungaro, and their team all do a fantastic job setting up.  C&C is my favorite event of the year because we see and hear from so many of our regular customers there, and being at the table I get to interact with them directly.  I didn’t get to try much during the event, but I did have a few nice glasses of Champagne and a bite of Ben del Coro‘s awesome rotisserie boar sandwich — and I told him to watch out, because next year I am bringing my own rotisserie to play with!”
—Chad Brauze of The Back Room at Manhattan’s Park Hyatt

And as we count speaking with chefs and sipping Champagne among our favorite things on earth, we enjoyed roaming through the event with glasses of Barons de Rothschild Champagne in hand while catching up with featured chefs such as Chad Brauze, whose cuisine we’ve loved since his days helming the kitchen at one of our favorite Manhattan restaurants, Rotisserie Georgette, and who introduced us to his new colleagues at the Park Hyatt’s Back Room, executive chef Sebastien Archambault and pastry chef Scott Cioe; Will Horowitz of Ducks Eatery and Harry & Ida’s, who introduced us to Jaime Young, who’s served as Atera’s chef de cuisine and told us he’s due to open his own place named Sunday in Williamsburg in September; Matt Lambert of the Michelin-starred Musket Room, which we had the great pleasure of visiting for the first time earlier this week; and Anita Lo of Annisa, whom we interviewed for our next KITCHEN CREATIVITY and who just returned from a trip to Hong Kong in time to create our favorite savory dish of the night:  Potatoes with Celtuce and Buttermilk Dressing.  Special thanks to pastry chef Alina Martell of Ai Fiori and Vaucluse for our favorite dessert of the night:  her irresistible strawberry profiteroles!

James Beard Foundation is at jamesbeard.org.