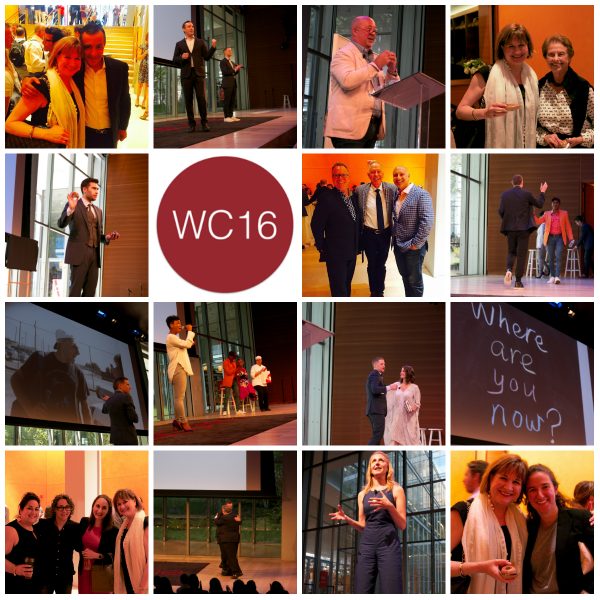 When you’re heading into the final throes of finishing a book like KITCHEN CREATIVITY (Little, Brown; 2017), mayhem ensues.  With our heads down at our computers around the clock, we’re finding ourselves apologizing a lot more frequently for missed email communications and the like.  (And we apologize if we haven’t apologized yet for missing yours.)

So when you’re on book deadline AND faced with two not-to-be-missed industry events taking place on the same day (one of which asks you to refrain from cellphone use that day), mayhem really ensues.  But on June 6th, we found it the most enjoyable kind of mayhem.

On Monday, we attended the third annual Welcome Conference hosted by Will Guidara (of Eleven Madison Park and NoMad) and Anthony Rudolf (of Journee).  Having attended both the inaugural conference in 2014 as well as last year’s conference, we knew there was no way we were missing this year’s, and managed to snag two of just a few hundred tickets made available in late April before selling out in a matter of minutes.  (Luckily for everyone else, the talks are available online via LiveStream — we’d especially recommend checking out chef Marcus Samuelsson‘s presentation and pastry chef Christina Tosi‘s tour-de-force.)

This year’s Welcome Conference theme was “Being Present,” which encompassed:

1. Being present as individuals — giving ourselves the time and grace to contemplate life rather than rush through it;
2. Being present with each other —  putting aside all of our to-dos and distractions and truly, deliberately connecting with those around you; and
3. Being present at work — allowing ourselves to engage deeply in one thing at a time, and questioning whether multitasking is always the most efficient approach to take.

We didn’t check email the day of the conference, leading us to learn we’d accumulated more than 300 emails during that 24-hour period.  No wonder we’re still apologizing…. 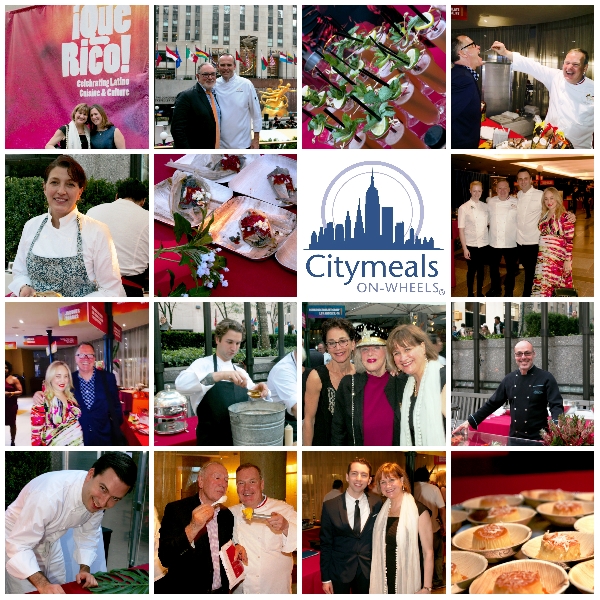 We dashed over from the Welcome Conference at the Times Center to Rockefeller Center for Citymeals-on-Wheels’ 31st Annual Chefs Tribute, which brought together dozens of chefs from around the globe to raise more than $900,000 to feed the homebound elderly.

It was a great pleasure to catch up with participating chefs and attendees alike, both at the event and at an impromptu mini-afterparty at Aldo Sohm Wine Bar near Le Bernardin — not to mention, given the event theme of “Que Rico: Celebrating Latino Cuisine & Culture,” get a jump on our research for the next next book THE FLAVOR ATLAS (Little, Brown; 2018).

Nearly sixty culinary stars from across the globe gathered on Monday for ¡Qué rico! Celebrating Latino Cuisine & Culture: The 31st Annual Chefs’ Tribute to Citymeals on Wheels. These legendary chefs celebrated the rich flavors of Latino cooking as they created dishes for more than 1,000 guests at tasting stations throughout the Rockefeller Center Plaza. The event raised more than $900,000 for Citymeals to prepare and deliver nutritious meals for homebound elderly New Yorkers.

Citymeals Executive Director Beth Shapiro explained, “The influence of the Latino world on New York is undeniable. This rich heritage permeates every aspect of city life including our art, music, literature, film, fashion and, oh yes, the food! ¡Qué rico! celebrates this wonderful culture as well as the thousands of chefs and restaurateurs who have committed themselves to Citymeals over the years. Their continued support has helped us create a lifeline of meals and companionship for vulnerable older New Yorkers.”

The Welcome Conference is at thewelcomeconference.com.

Citymeals-on-Wheels’ annual Chefs Tribute at Rockefeller Center is typically held the first Monday of June, and Citymeals’ website is citymeals.org.