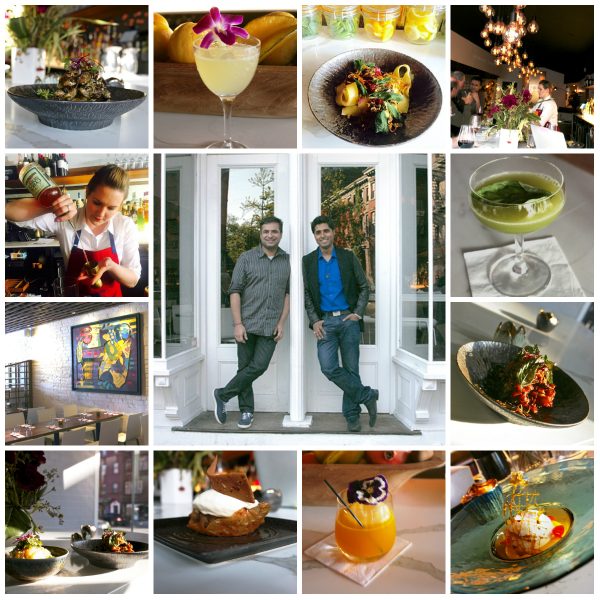 “We are proud to be recognized by this prestigious organization and to be the first South Asian restaurant in the United States to receive a Michelin star.”
—Suvir Saran, then co-chef/owner of Devi, as quoted in The Times of India (November 8, 2006)

Suvir Saran‘s new restaurant Tapestry, which opened its doors in Greenwich Village on Friday night, caught us by surprise.  We’ve been traveling quite a bit, when we haven’t had our heads down on deadline with our next book KITCHEN CREATIVITY (Little, Brown; 2017), so we just assumed we’d somehow missed reading all the weeks of pre-opening publicity.

Turns out there wasn’t any — which was exactly the way Suvir and his partner Roni Mazumdar wanted it.  It’s just near-miraculous that a project helmed by the former chef-owner of the first Indian restaurant to earn a Michelin star managed to keep things under wraps for so long.

We popped in the other night to congratulate Suvir, tasting a few cocktails and several dishes in the process.  It’s no surprise that we found them delicious, given our first-hand experience being blown away by the food at his previous restaurants — it was only a surprise that the flavors weren’t nearly so Indian-driven as at the previous restaurants where we’d fallen in love with his food, especially Devi.

Suvir describes the cuisine at Tapestry as “global threads on an Indian loom.”  Frankly, we couldn’t care less what you call irresistible dishes like Tapestry’s Italian-inspired Rick’s Cauliflower & Pappardella with buttery crumbs, chile, garlic, and sage.  It was so lustfully savory that another guest accused it of containing meat — which it does not.

And we definitely don’t care what you call beverage manager Jessy Peters‘ thoughtfully-crafted and genially-served cocktails.  We’re already sure we’ll be back for another Smash the System (bourbon + brandy + cherry + espresso + orange, based on some of Suvir’s favorite flavors) and another Sela (black pepper + cayenne + lime + saffron + tequila + turmeric) one night soon. 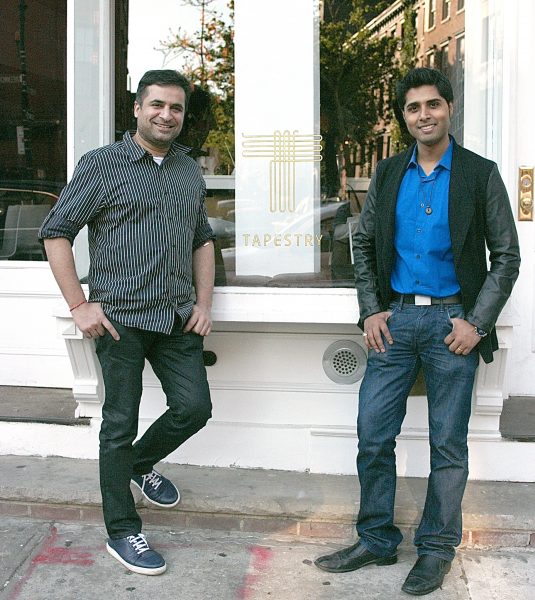