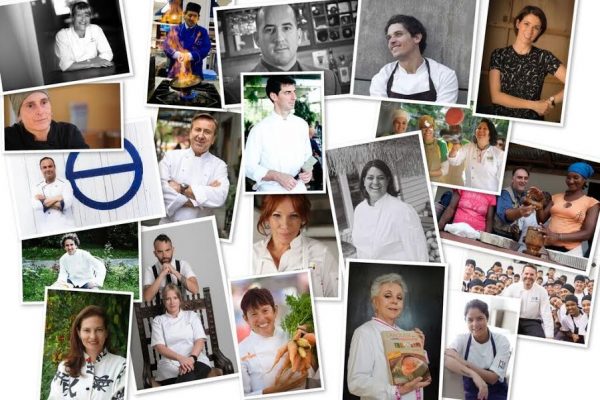 “Charlie Trotter sees himself as having three-tiered goals for his work in the restaurant business:  making an aesthetic contribution, a cultural contribution, and a social contribution.”
–from our first book BECOMING A CHEF (Van Nostrand Reinhold, 1995)

“A growing number of chefs have joined the ranks of activists advancing the agenda of changing our food system….Today’s food culture has given chefs a platform of influence, including the power, if not the luxury, to innovate. As arbiters of taste, we can help inspire a Third Plate, a new way of eating that puts it all together.”
–Dan Barber, chef, writer and founder of the Michelin-starred Blue Hill restaurant (NYC)

When researching and writing our first book BECOMING A CHEF, we were inspired by the growing dedication of chefs to the world beyond their own restaurants — as exemplified by the late Charlie Trotter‘s aspirations.

However, if we’d just returned from visiting another planet for the past 20 years and cable TV were our only exposure to the chef’s profession, we’d be led to suspect that chefs had become mostly people who are willing to try to make something edible out of strawberries, turkey, and gummi bears for the sake of appearing on TV — or people willing to humiliate others when they fail miserably at that task.

So it’s perfect timing for the advent of the Basque Culinary World Prize — a new annual global award which seeks to recognize chefs around the world whose projects have improved society through gastronomy.  The winner will receive  €100,000 toward “a project or institution of their choice that demonstrates the wider role of gastronomy in society.”

More than 200 nominations from around the world led to 110 candidates from 50 countries, and today 20 finalists were announced over lunch at Chef Dan Barber‘s celebrated Blue Hill restaurant in New York City — chefs whose aspirations and accomplishments inspire us the way Charlie’s and other chefs’ did when we first interviewed them nearly a quarter century ago. 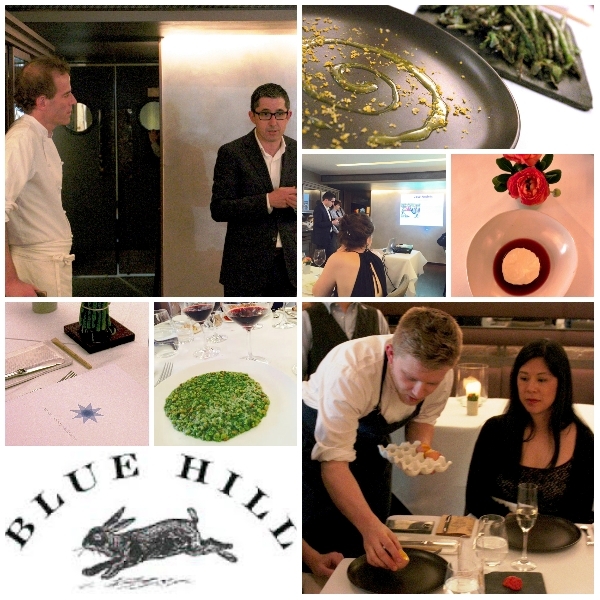 The Top 20, reflecting the global reach of the prize, includes chefs from Brazil, Canada, Chile, Colombia, Denmark, France, India, Italy, Mexico, the Netherlands, South Africa, Spain, the UK, the US and Venezuela. These projects are focused on everything from innovation to education, health, research, sustainability, social entrepreneurship and philanthropy, and the preservation of local cultures.

The Top 20 Finalists are:

The Basque Culinary Prize is organized and promoted by the Basque Culinary Center (BCC), an  academic institution specializing in gastronomy headed by Joxe Mari Aizega, PhD, and the Basque Government under the Euskadi-Basque Country Strategy, which released the joint statement: “A generation of international chefs have now expanded their role in society and redefined their profession by integrating new skills, creativity, innovation and social concerns into their approach. The Basque Culinary World Prize celebrates this evolution.”

The winner of the Basque World Culinary Prize will be announced July 11th.  Now, that’s a story on chefs we’d love to watch on TV.