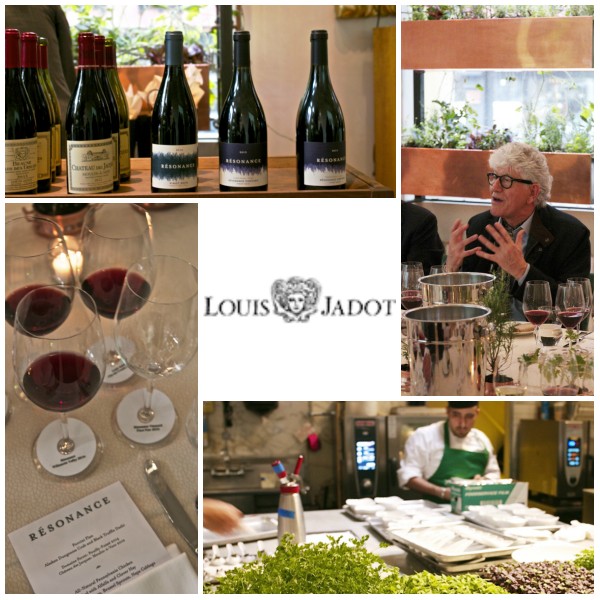 “From the moment you open a bottle and pour the first glass [of a good red Burgundy], a cascade of elusive aromas and flavors captures your attention.  They begin gently and delicately, perhaps reminding you of enticing flowers and red fruits.  With a little time, they may toughen, with suggestions of rocks and metals, even animals, before sweetening again.  They reel you in, toss you back, and just when you believe the wine has reached equilibrium, it changes again.  The mind reels.  The spirit soars.”
–Eric Asimov, in his New York Times wine column the day of this lunch (February 3, 2016)

When Robert Louis Stevenson mused that “Wine is bottled poetry,” he must have been referring to a “good red Burgundy.”  We doubt Eric Asimov would disagree.

Based on countless conversations with wine professionals, we’d venture an informed guess that Pinot Noir would prove to be the single most popular red wine grape among them — and that bottles hailing from the Burgundy region of France the ones that most often win their hearts and inspire rhapsodies.

We were invited to join legendary winemaker Jacques Lardiere — who has been as much a spokesman for Maison Louis Jadot as for the region itself over a career spanning more than four decades — for lunch at Chef David Bouley‘s private Tribeca event space Bouley Botanical on Wednesday.  The opportunity to share a meal with this famously passionate and outspoken professional and to learn more about his newest wines proved irresistible.

Asimov’s wine column that day put us in exactly the right frame of mind to let Lardiere’s expressive musings — spanning wine, Burgundy, the Willamette Valley, winemaking, life and its mysteries, and punctuated by the occasional down-to-earth “Alors,” “Donc” and whistle — wash over us during what turned out to be an exquisite lunch prepared by Bouley’s team, further enhanced by such elegant wines. 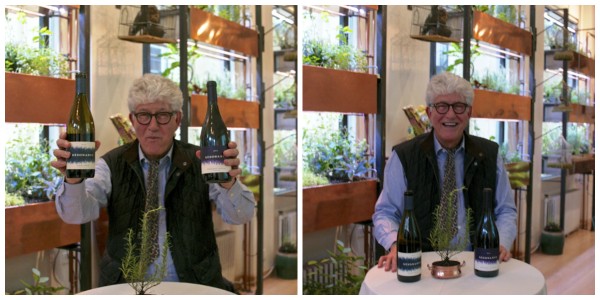 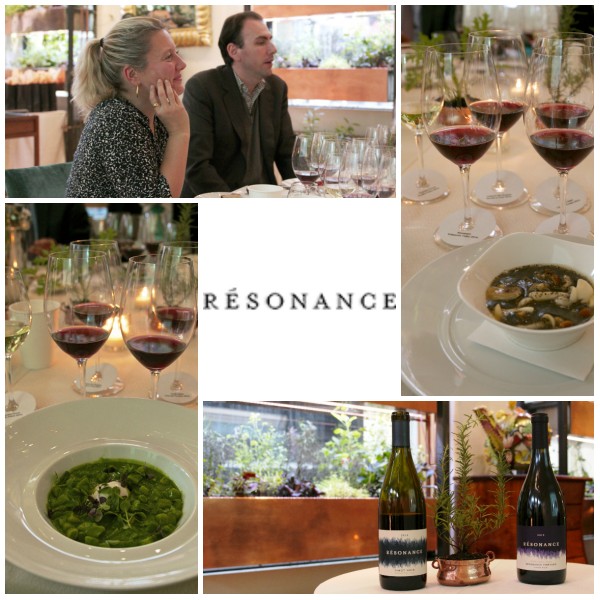 “The less you are able to explain [a wine], the better it is.”
–Legendary winemaker Jacques Lardiere

The experience proved all the more provocative considering that Louis Jadot’s master of Burgundy is creating them in Oregon’s Willamette Valley — applying Old World know-how to New World grapes.

Resonance represents Maison Louis Jadot’s first wine project outside Burgundy since the winery’s founding in 1859.  Resonance Vineyard — located in Willamette’s Yamhill-Carlton wine region — is one of the oldest dry-farmed, biodynamic vineyards in the region, and features original, non-grafted rootstock.

After decades of welcoming Oregon winemakers to Burgundy to show them the ropes, Lardiere seems a bit amazed to now find himself one of them — a mere few years after announcing his “retirement” as technical director of Maison Louis Jadot.

“I’ve got one more rodeo in me,” Lardiere told us he’d come to realize through his excitement about the new venture — prompting his decision in 2013 to come out of retirement to move to Oregon and take on a dramatically new lifestyle and challenge while in his mid-60s.

The Resonance portfolio will make its debut in the marketplace over the coming two years.  Based on the wines we had the privilege of tasting this week, we’re excited, too.  The mere idea of their eventual potential makes our spirits soar. 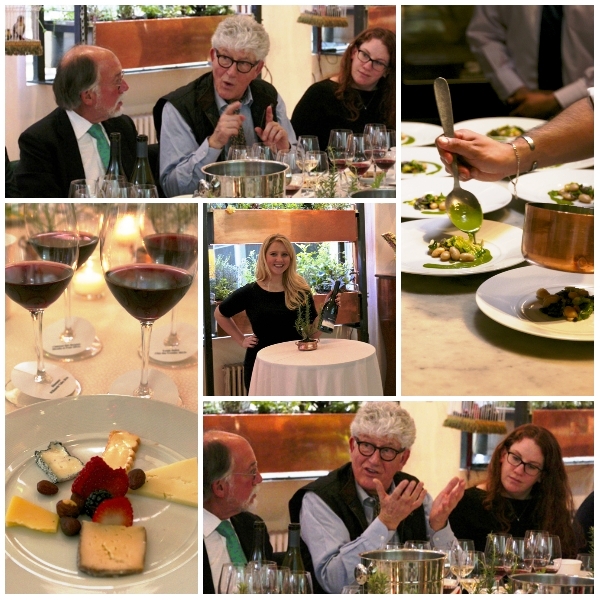 2013 Resonance Winery Pinot Noir ($65):  Showcases Pinot Noir grapes from Maison Louis Jadot’s own Resonance Vineyard in the Yamhill-Carlton region.  Tasting notes:  aromatic and elegant, with notes of black and red cherries and strawberries, a hint of anise and white pepper, and a clean finish (“Wow!”)

2014 Resonance Winery Willamette Valley Pinot Noir ($50):  Made from a blend of Pinot Noir, including from both Maison Louis Jadot’s own Resonance Vineyard in the Yamhill-Carlton region and the Decouverte Vineyard in the Dundee Hills wine region.  Tasting notes:  blueberries, red cherries, and strawberries, with hints of clay earth and tarragon; elegant and well-balanced, with a very long finish

2014 Domaine Ferret Pouilly-Fuisse ($35):  Half of these Chardonnay grapes grown in clay and limestone soils are fermented in enameled tanks, the other half in used oak barrels.  Tasting notes:  apples, butter, citrus, minerals, and a whisper of spice and vanilla

2012 Chateau des Jacques Moulin-a-Vent ($30):  The Moulin-a-Vent cru often called the “King of Beaujolais” is just as often referred to as “Burgundian.”  Some of the grapes are destemmed before vinification in closed vats.  About 80 percent of the wine is aged in (30% new) oak barrels for 10 months.  Tasting notes:  chocolate, licorice, and tart cherries, with a long, elegant finish.

2013 Maison Louis Jadot Beaune Clos des Ursules Premier Cru ($76):  The Pinot Noir grapes from this Premier Cru Vignes Franches vineyard are destemmed and fermented in open tanks for up to a month before maturing in oak barrels for 15 to 18 months prior to blending.  Tasting notes:  paired beautifully with the cheese course, which spanned Comte, Epoisses and walnut-liqueur-washed Timanoix, and accompanied Marcona almonds 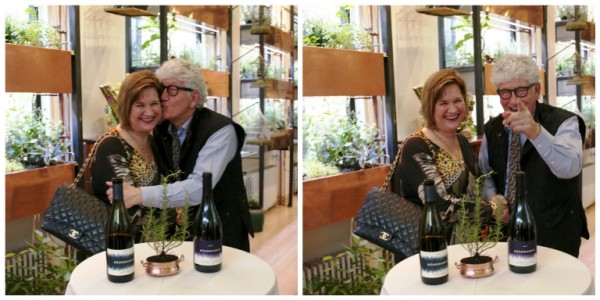 Legendary winemaker Jacques Lardiere playfully plants one on Karen Page’s cheek after lunch — before politely apologizing to Andrew, behind the camera, for kissing his wife

Maison Louis Jadot is at louisjadot.com.

Resonance is represented by kobrand.com.