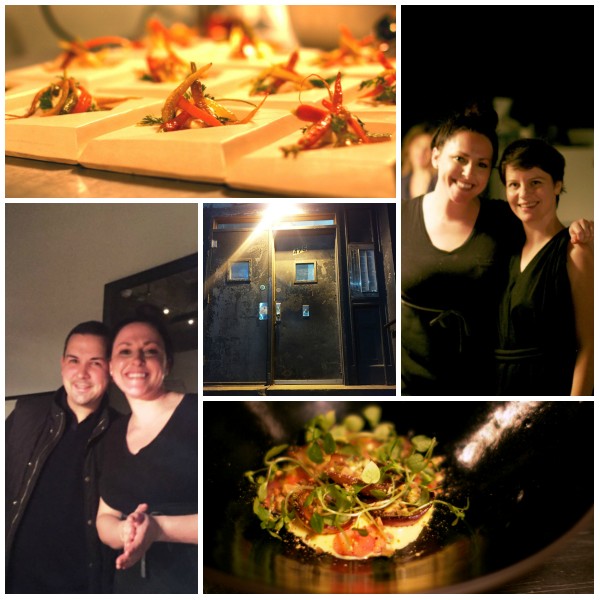 Seems like we’ve been writing a lot about funerals lately, having attended more than our share this month and last.  But that’s where this story starts:  Upon returning home after a week of travels in the Mid-Atlantic region (including Washington, DC, and Baltimore), two weeks ago we learned that Karen’s great-uncle — and husband of her godmother — had passed away at the age of 91.  So we planned a very last-minute trip to Detroit to attend his.

Even knowing that our time in the city (Karen’s hometown) would be very limited, we started researching area restaurants — as we hadn’t visited in several years, perhaps since our mezzo-soprano friend Deborah Domanski was there to perform with the Detroit Opera, when we dined together at Michael Symon‘s Roast.

We learned through our Google search that at least two area chefs had been named semifinalists for the region’s 2015 James Beard Foundation Best Chef Award.  We scanned Detroit’s “Eater 38” essential restaurants.  And we saw 2015 mentions that acclaimed Detroit chef Kate Williams was due to open a new restaurant in 2016.

Through a Twitter search, we learned that Kate already followed us — so we shot her a direct message explaining our upcoming last-minute trip and inquiring whether her restaurant had opened yet.  It hadn’t — but she asked if we need restaurant tips.  Did we!

Kate provided them in spades.  She was even thoughtful enough to check in with us during our visit to see how we were enjoying them.  Through checking out her recommended restaurants, we first came to learn and trust her palate.

So when she also mentioned that she’d be cooking dinner at a pop-up in Brooklyn called Traffic & Tide — and didn’t even blink when we asked if it would be possible to have a vegetarian version of the evening’s set menu — we agreed to attend last night.  And we’re so glad we did. 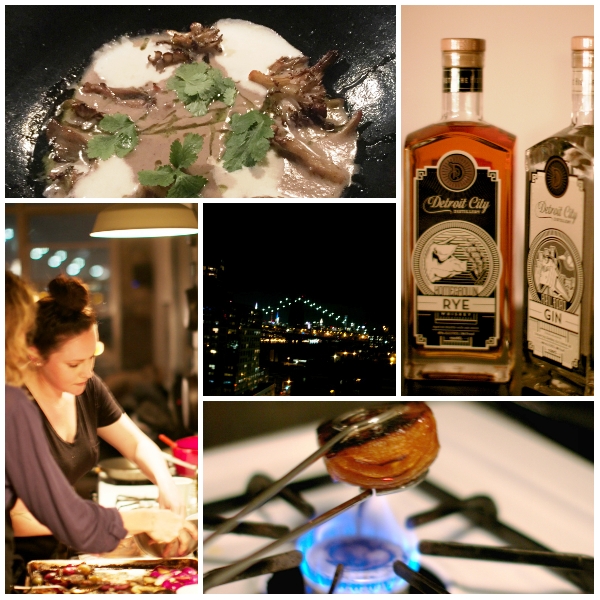 [T&T’s founder] Ksenya Samarskaya was born in St. Petersburg, Russia, and left for America in 1989, months prior to the collapse of the Berlin Wall. Samarskaya serves on the Board of Directors for AIGA/NY, runs the branding studio Samarskaya & Partners, and is on the cusp of launching her type foundry, Solonka. Clients include Sweethaus Cafe, Light + Ladder, IDEO, Bacardi, Apple, Tiffany & Co., Google, Font Bureau, Wall Street Journal, Best Made Co., WeWork, Monotype, and Snoop Dogg Marketing.

Kate Williams is the much-touted chef from Detroit, having previously run the menu at Republic, Parks & Rec and Rodin, and having been selected as Detroit Eater’s Chef of the Year finalist for 2014….Williams [is] focusing on #uglyfood, which is about minimizing food waste on farms in an effort to feed more people and promote more hungry folks to grow their own food. An extension of the Slow Food movement, it is meant to beautifully prepare food that would otherwise be thrown away on the farm. Her own restaurant, Lady of the House, will be opening in Corktown (Detroit) in 2016.

Brian Quinn is joining Traffic Tide, so expect him with drinks in hand at some of our upcoming dinners starting in January. Brian began his work in the food and beverage industry when he co-founded The Noble Rot in 2009, an underground supper club in New York dubbed “a new form of clandestine drinking” by journalists. Many also know Brian for his cocktails, which he learned from the Milk & Honey family and incorporated into his numerous experiential events around the country, as well as writing cocktail articles for FoodRepublic.com since 2012.

You’ll definitely want to let your friends in New York know about Traffic and Tide’s compelling dinner series, while letting your friends in Detroit know to keep an eye out for Kate’s new restaurant Lady of the House later this year.