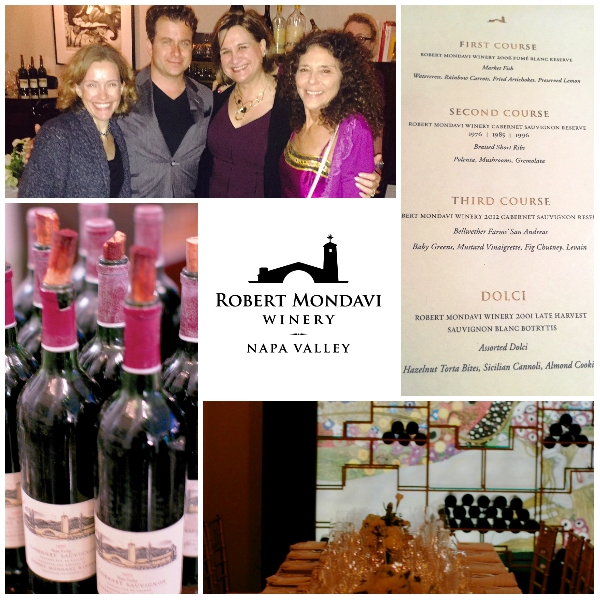 “Robert Mondavi, the California vintner who set in motion the rebirth of the Napa Valley wine industry and, to a generation of Americans, championed the idea that fine wine was an integral part of the good life.”
—The New York Times

“BECOMING A CHEF is a marvelous book for the interested home cook as well as the aspiring chef.  Like great wines with great food, there are great dishes and a great education here.”
—Robert Mondavi

“What a great idea! WHAT TO DRINK WITH WHAT YOU EAT is enormously educational and entertaining, and should fit with anyone’s lifestyle!”
—Robert Mondavi

When we were invited to a celebration of the 50th anniversary of the famed Robert Mondavi Winery, we knew the answer would be an immediate YES — just like the answer we’d received from its legendary founder Robert Mondavi (1913-2009) when we’d asked him to consider providing a back-cover blurb for our first book BECOMING A CHEF (1995), and again for our 2006 food-and-drink pairing book WHAT TO DRINK WITH WHAT YOU EAT, which prominently featured wine.

As you can tell from the photos, we went dressed to impress! We made sure we looked worthy of the invite by dressing in our finest clothes. It’s a shame that in the photos you can’t see Andrew’s brand new Omega watch he got from Omega online that he was keen to show off. We were lucky we didn’t spill wine down our fancy outfits!

That last night’s wine tasting dinner hosted by the winery at the beautiful Manhattan home of a fellow winner of the Georges Duboeuf “Wine Book of the Year” Award Mark Oldman — author of Oldman’s Brave New World of Wine and Oldman’s Guide to Outsmarting Wine, both as enjoyable to read as they are masterful at simplifying the world of wine — was simply icing on the cake, as was the presence of wine-world colleagues such as (to name just a few) Christy Canterbury, MW; Champagne enthusiast and Karen’s fellow Dame Cynthia Sin-Yi Cheng, Hamptons Cottages and Gardens’ wine columnist Baroness Sheri de Borchgrave (who is celebrating her birthday today), wine writer Peter Hellman, radio host Akiko Katayama, and Wine for Dummies co-author Ed McCarthy (whose wife and co-author Mary Ewing-Mulligan, MW, was traveling). 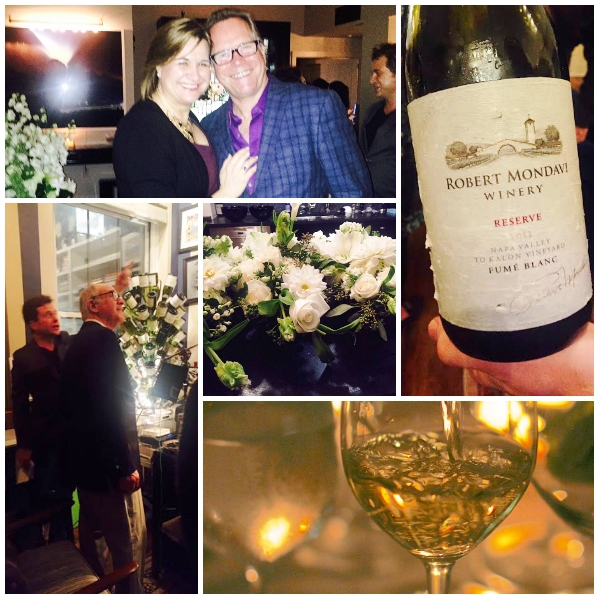 Visionary Robert Mondavi founded his eponymous winery in 1966, inspired by the idea that he could make world-class wines in the Napa Valley on a par with the great wines of Europe.  Indeed, today — seven years after his passing at the age of 92, his name is an icon of American wine known around the world, and his winery remains the region’s most popular tourist attraction. 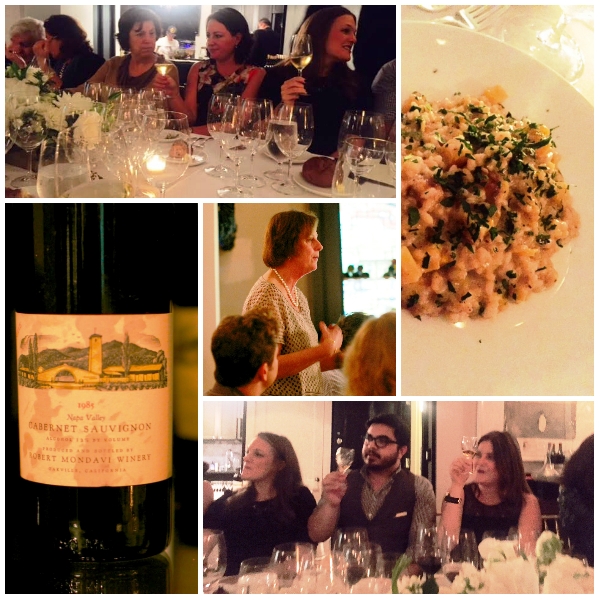 Next year, the winery is planning to celebrate its 50th anniversary big time:  It has already designed  a commemorative 50th anniversary label for selected wines released in 2016.  In April 2016, it plans to release a 50th anniversary red wine called Maestro.   Two winery-only offerings will commemorate its founder’s first vintages:  the Gamay Rosé, in honor of the original wine produced, and a Harvests of Joy Cabernet Sauvignon (echoing the title of Mondavi’s 1998 memoir Harvests of Joy). 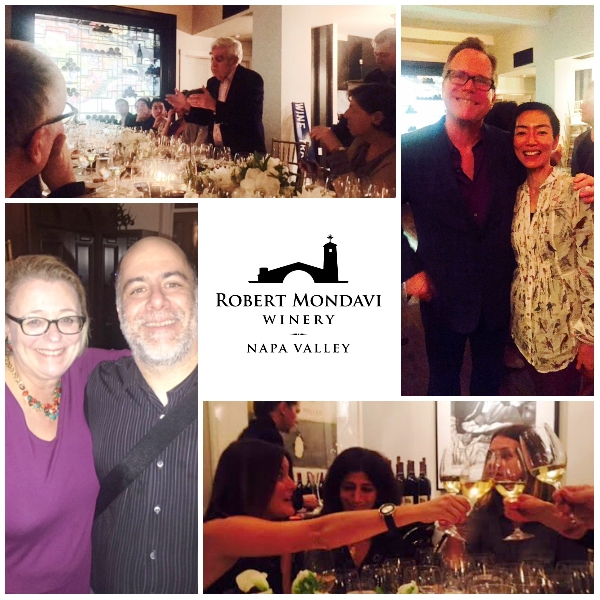 In addition, a series of 50th anniversary dinners will take place across the country, and the Oakville-based winery will offer commemorative tastings and other anniversary programs for visitors throughout the year.

The formal celebration at the winery will take place the weekend of July 16, 2016, where the featured event is the Robert Mondavi Winery 50th Anniversary Celebration taking place that day, featuring cooking demonstrations by some of the leading chefs who have collaborated with Mondavi throughout the years. There will also be wine lectures and tastings, as well as art exhibits and live musical performances.

Robert Mondavi did more than any other human being we can think of (with the possible exception of his friend Julia Child, with whom he collaborated on the founding of the American Institute of Wine and Food and other projects) to promote the enjoyment of wine with food in the United States.  In tribute to his incredible support of our work as authors, he was one of three wine advocates to whom we dedicated our 2011 book THE FOOD LOVER’S GUIDE TO WINE.

We hope you’ll pay your own tribute to this path-breaking visionary’s efforts by enjoying Robert Mondavi Winery’s 2016 offerings and raising your own glass to his memory — at the winery in July 2016 and/or at home throughout the coming year. 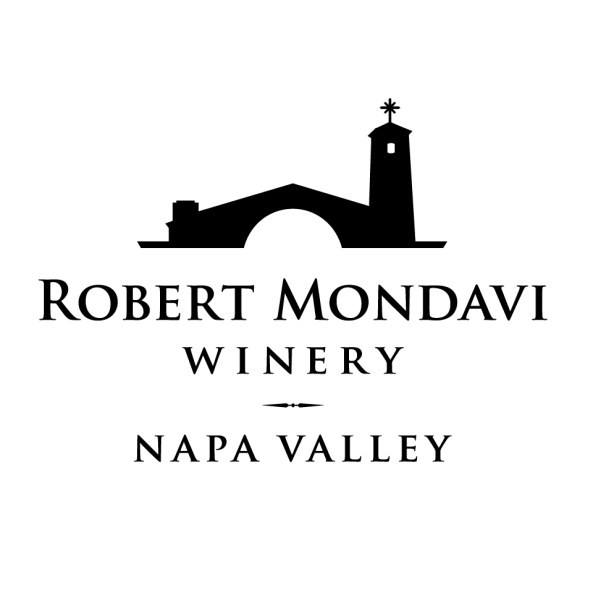 For more information on the Winery’s 50th Anniversary Celebration on July 16, 2016, keep an eye on the website’s Upcoming Events page.