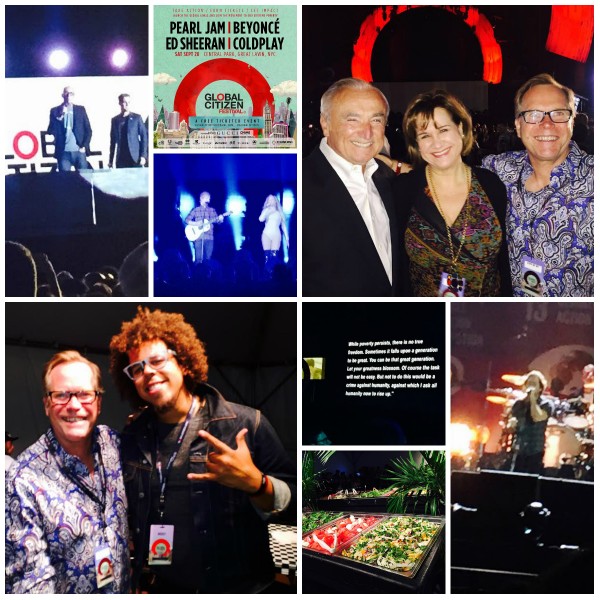 “Sometimes it falls upon a generation to be great.  You can be that generation.”
—Nelson Mandela

On Saturday night, we had the pleasure and privilege of being a part of the inspiring 2015 Global Citizen Festival that took place in Manhattan.

Part concert and part global activist convention, the event brought some of the biggest names in music and government and business to Central Park’s Great Lawn.  While entering from the 85th Street Transverse, we passed through the VIP Lounge and Green Room, where guests included First Lady Michelle Obama and Vice President Joe Biden, whom we spied as we made our way to an area just yards from the front of the main stage.

We were happy to have a chance to talk with Commissioner Bill Bratton, whose NYPD team did an amazing job of maintaining order during the event, which drew thousands to the Park for a great show headlined by Beyonce (whom we watched alongside husband Jay-Z and daughter Blue Ivy), Ed Sheeran, and Eddie Vedder‘s Pearl Jam — with appearances by other host musicians, including our buddy Jake Clemons, saxophonist with Bruce Springteen‘s E Street Band as well as a talented solo artist, whom we were happy to catch up with over a bite in the VIP Lounge. 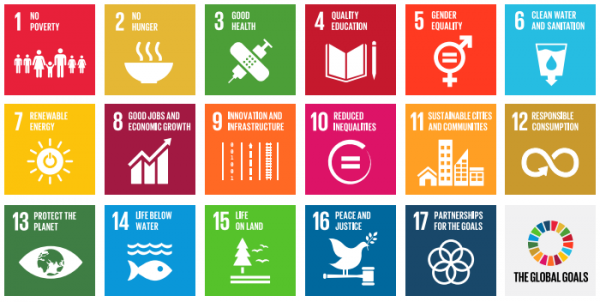 Collective action can make a difference, attendees were assured time and again.  More than 1 billion people have been lifted out of extreme poverty since 1990.  Over the past year alone, more 90 million people were lifted out.  However, at the global level, more than 800 million are still living in extreme poverty.

As Global Citizen‘s website attests, “Extreme poverty ends with you. It all starts with becoming a Global Citizen. Get informed, take action, and connect with others who want to do the same.”

P.S. We can’t miss this opportunity to put in a plug for our favorite 2005 movie (from the writer of “Love Actually” and “Four Weddings and a Funeral”) “The Girl in the Cafe” starring Bill Nighy (vs. “Bill Nye the Science Guy,” who was also a guest at the Global Citizen Festival) and Kelly Macdonald (which we mentioned elsewhere on our website, on our “Stuff We ♥” page).  If you watched and loved this film, you’ll appreciate even more that Global Citizen’s existence is a dream come true.  Thank you, founder Hugh Evans! 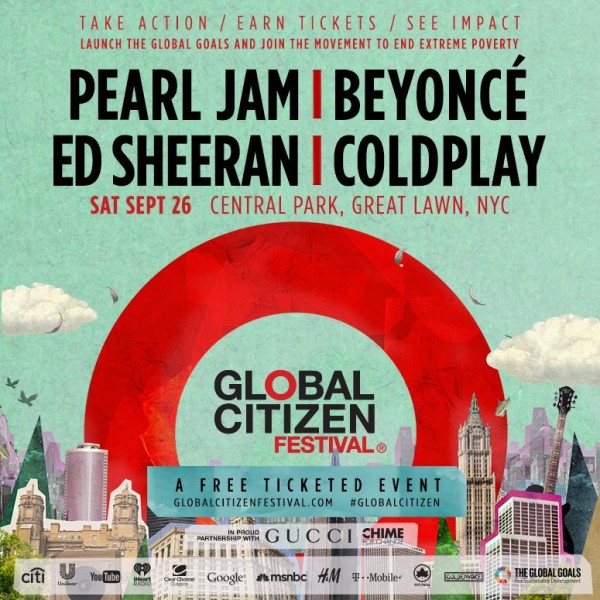