Lunch with Joyce Conwy Evans — Followed by Afternoon Tea, Dinner, and Breakfast — at One of the World’s Best Restaurants 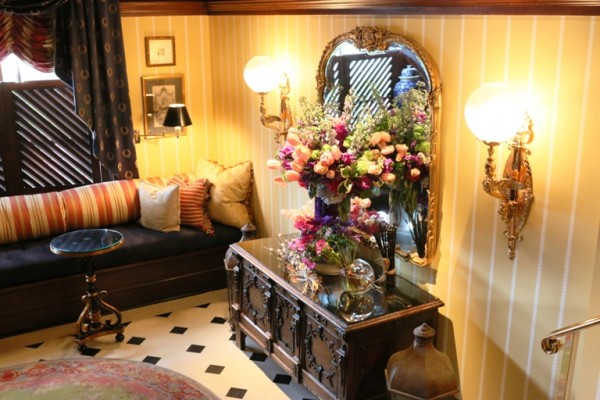 The foyer of The Inn at Little Washington in Washington, Virginia, features some of the most beautiful flower arrangements imaginable.

“With every meal, a cook is given a blank canvas and another chance to create a masterpiece….”
—Chef Patrick O’Connell, of The Inn at Little Washington (Washington, Virginia)

Yesterday, the 2015 list of The World’s 50 Best Restaurants was announced in London.  It was a pleasure to see so many of the restaurants we have known and loved celebrated — from NYC’s Eleven Madison Park, which was named the #5 Best Restaurant in the World, to Westchester’s Blue Hill at Stone Barns, which made its debut on the list at #49.  Other acclaimed restaurants taking a spot on the list include NYC’s Le Bernardin (#18), Chicago’s Alinea (#26), NYC’s Per Se (#40), and Yountville’s The French Laundry (#50).

But we have a hard time having faith in any list of the world’s best restaurants that does not include Virginia’s The Inn at Little Washington.

Our most recent visit included lunch celebrating the launch of The Inn at Little Washington: A Magnificent Obsession (Rizzoli, $50) with London-based designer Joyce Conwy Evans, whose influence can be seen in every room of the Inn. 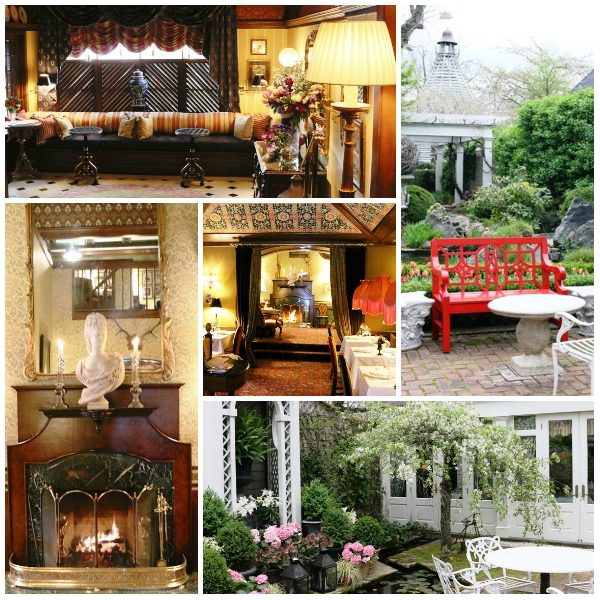 A Shot of Minted Pea Soup 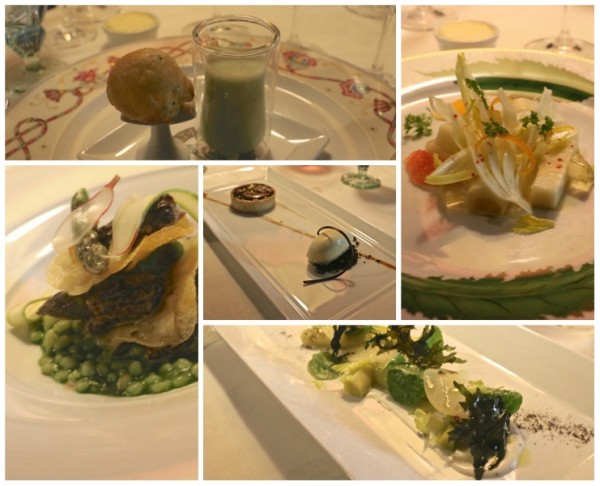 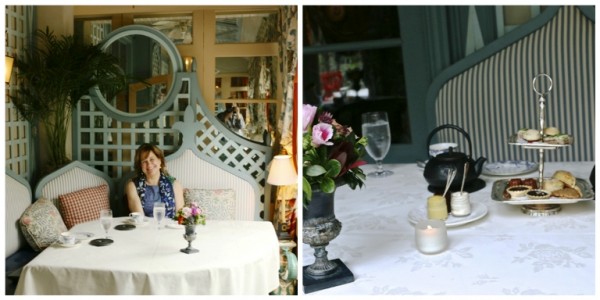 Left: Karen Page sits down to afternoon tea; Right: Trays of afternoon tea perfection in the form of tea sandwiches and scones

A Shot of Local Asparagus Soup
with Tempura Asparagus 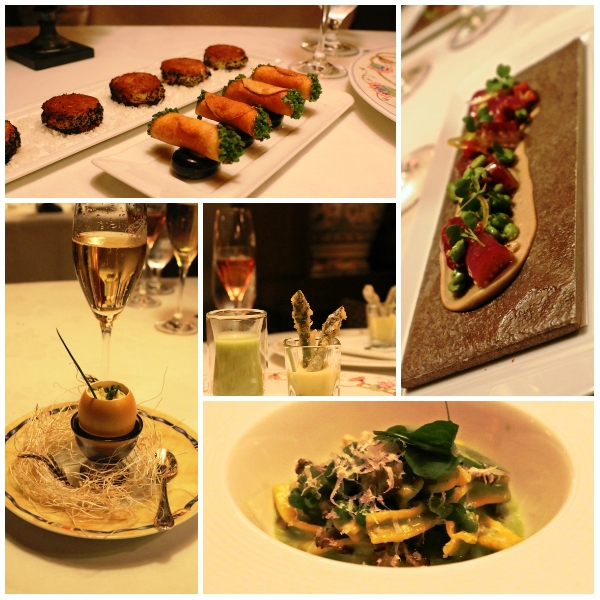 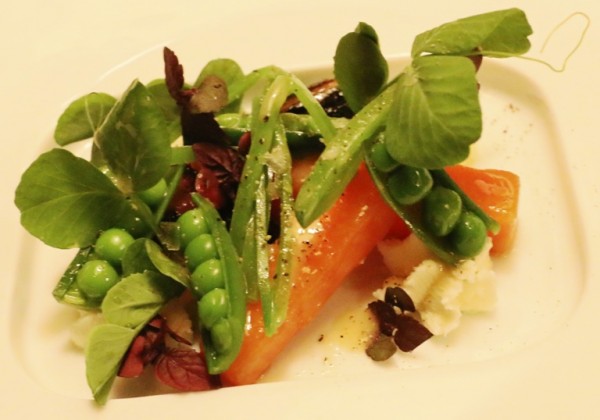 Dinner at The Inn at Little Washington is a fantasy, superlative in every regard.  How else could you explain our mutual enchantment with this course during our extraordinary vegetarian tasting menu of peas and carrots — something Andrew stubbornly refused to eat as a kid?  Especially given Karen’s lactose intolerance, we very rarely eat dairy — and virtually never eat eggs as eggs anymore, with the rare exception of the Inn’s own scrambled Bantam eggs we were served from its hens we’d met across the street at its hen house, where we saw with our own eyes how well they were cared for.  The Inn confirmed its status as having arguably the best vegetarian tasting menu in America. 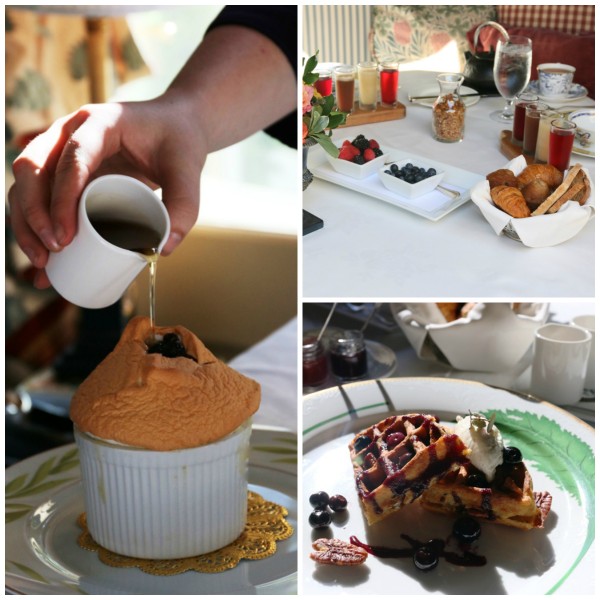 Left: Maple syrup is poured into our oatmeal souffle; Top Right: Breakfast begins with a selection of juices, berries, granola, a basket of baked goods, and a selection of jams and preserves; Bottom Right: Waffles with Fresh Blueberries and Pecans

On every visit to the Inn, we’ve wondered how on earth we’d ever have an appetite for breakfast in the morning — and every time we’ve sat down in the Inn’s dining room welcoming a new array of flavors to refresh our morning palates:  a quartet of juices, perfectly ripe seasonal berries, housemade granola, a basket of croissants and other baked goods right from the oven.  There’s no need for anything else, of course, but Karen would never dream of missing the oatmeal souffle, into which our server pours warm maple syrup.  And Andrew couldn’t imagine missing the freshly-made waffles adorned with sweet blueberries, toasted pecans, and more warm maple syrup.

Their memory is enough to keep us smiling as we pack our bags to head home, or to our next stop — which, in this case, was Washington, DC, so we could attend the Inn’s downtown book party.  But that’s another story for the third post in this series.

The Inn at Little Washington is at Middle & Main Streets in Washington, Virginia, and online at www.theinnatlittlewashington.com.