In Honor of National Doughnut Day, A Reminder That Dun-Well Doughnuts Live Up to Their Name and Reputation 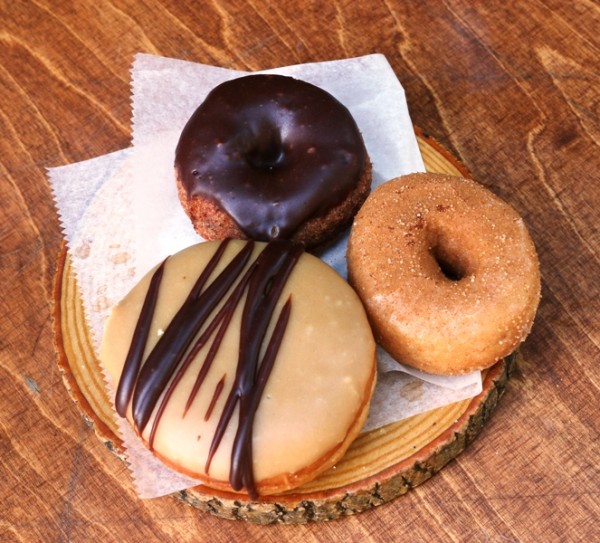 “America’s Best Doughnuts:  In the niche — and growing — market for vegan doughnuts, Christopher Hollowell and Dan Dunbar’s fried treats stand out with their repertoire of 200-plus frostings that include banana walnut and Earl Grey.”
—Food & Wine magazine

In honor of National Doughnut Day (or #NationalDonutDay, if you prefer — after all, we’re talking doughnuts / donuts here, not rocket science), we wanted to give a quick shout-out to the folks at Brooklyn’s Dun-Well Doughnuts.

We finally made the trek to East Williamsburg on Memorial Day to sample them at the source, which we found well worth the time AND calorie-splurge alike.

While we enjoyed the chocolate-iced and cinnamon-sugared old-fashioned doughnuts, the one that is not-to-be-missed is the PB&J — a jelly doughnut that is iced with peanut-butter flavored frosting, which you can (and should) get with some chocolate icing drizzles just for good measure.