Domaine Laroche Is Synonymous With Chablis to Many — Including Us 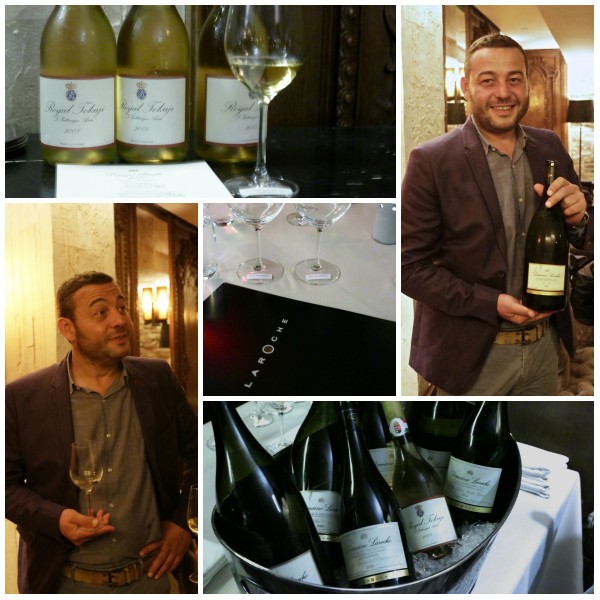 When we were invited to attend last night’s wine-tasting dinner featuring the wines of Domaine Laroche hosted by the winery’s technical director Grégory Viennois at Betony, we could measure in seconds, not minutes, how long it took us to reply with an enthusiastic “yes.”

Three years ago this month, we first visited the Sancerre and Burgundy regions of France as part of a trip organized by Sopexa USA.  While we visited many wineries and tasted hundreds of wines, one of the most memorable highlights was our visit to Domaine Laroche in Burgundy’s northernmost region of Chablis.

While many wine tastings are pleasant, precious few yield more than a few rave-worthy wines.  An even rarer number yield many rave-worthy wines.  Our visit to Domaine Laroche fell into that rare category.  As suggested by the photo above, we’d tasted our way through a good number of wines, and were amazed again and again by their consistent excellence.

We learned then that the family of Gwenael Laroche — the winery’s “brand ambassador” and the host of our tasting (photo above) — had been making wine in Chablis for more than 160 years. While Chablis grows only Chardonnay grapes, their unique expression in the bottle is partly the result of the region’s rich Kimmeridgian soil, which features fossilized oyster shells, chalk and clay of the upper Jurassic geological period — resulting in wines of great character, minerality, and complexity.  At Domaine Laroche, we suspect it is the winemaking team’s perfectionism that results in wines of such consistent precision and elegance. 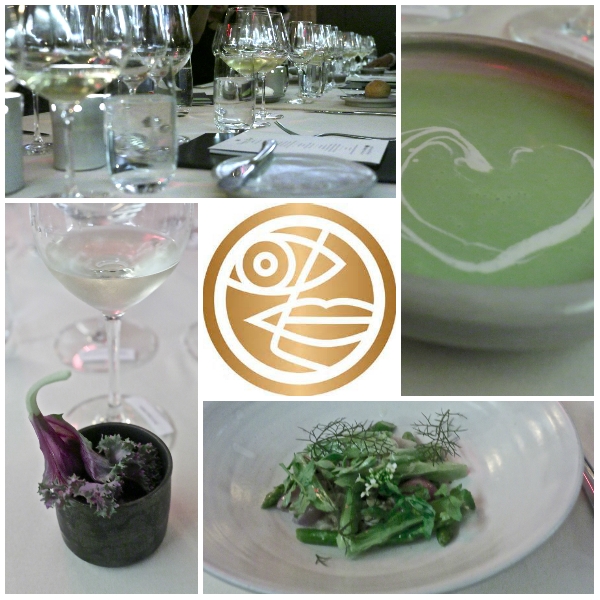 Upper right: For the record, the shape of the drizzle of creme fraiche on the asparagus veloute was Karen’s editorial opinion of the soup — not the kitchen’s design; Center: Domaine Laroche’s logo reflects the sensory enjoyment of wine

The winery hasn’t been afraid to make radical changes, all in the interest of the wine.  In 2001, Laroche was the first wine producer in Burgundy to forego corks in favor of screwcap closures — even for its prized Grand Cru vintages.

We were happy to have the opportunity to speak with Grégory about his passion for picking fruit at the exact right moment in order to produce the best wine “with the precision of Japanese cuisine,” in his words.  Karen inquired whether the decision regarding the date of harvest was driven primarily by analysis or intuition.  “Both,” he replied, adding that there is no recipe: “It’s about being present to the grapes and to the soil.” 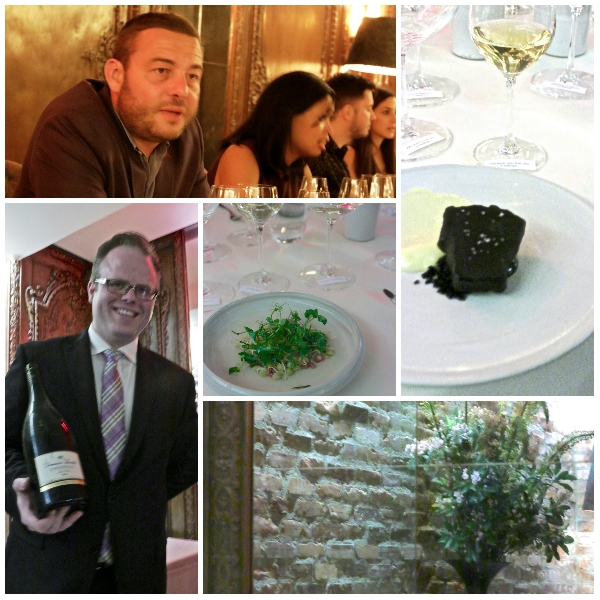 We would, however, like to offer special thanks to the team at Betony, and especially its very gracious wine director Jeff Taylor (an alum of Eleven Madison Park, as is chef Bryce Shuman), for pairing such elegant meatless dishes for us with these extraordinarily elegant and food-friendly wines.  We’d been fans of Betony in its very early days, long before the New York Times’ three-star rave made it next to impossible to land a reservation.  Is its kitchen is still turning out inspired and well-executed dishes, even on a larger scale in its beautiful lower-level private room?  The answer is another enthusiastic “yes.” 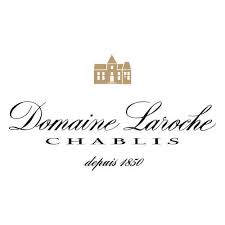 Our favorite Chablis producer Domaine Laroche is located in the Chablis region of Burgundy in France, and at larochewines.com.