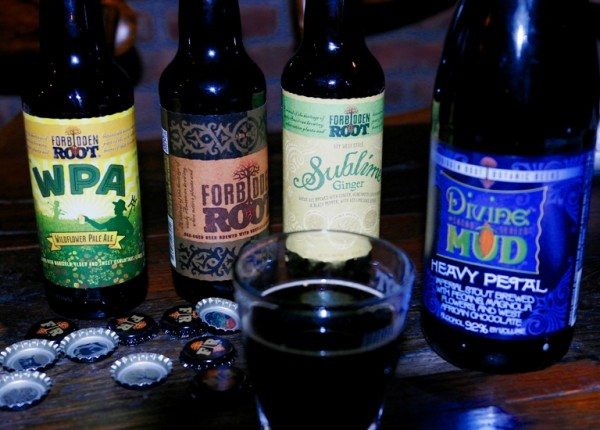 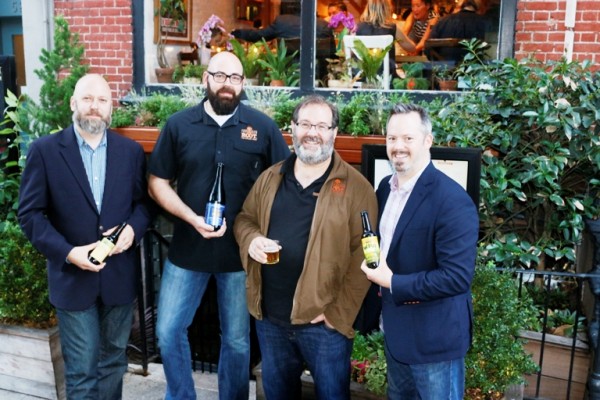 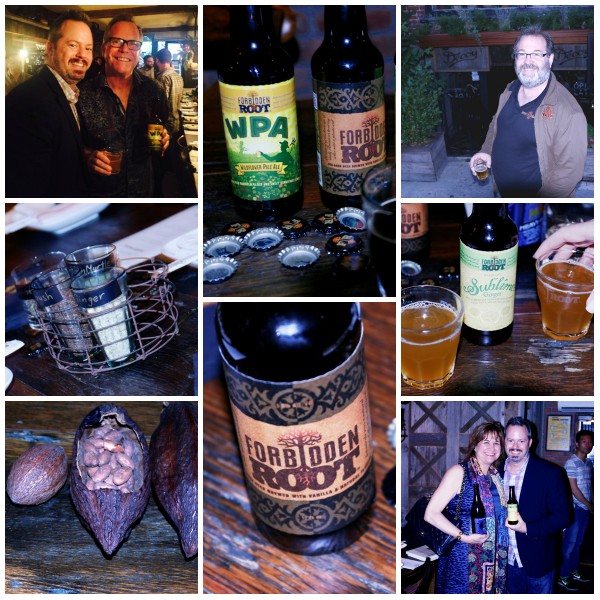 “The use of bark, stems, blossoms, sap, herbs, spices, leaves, flowers, honey, and roots reflects humankind’s instinct and perennial quest to forage for new and different flavors. At Forbidden Root, we not only embrace this heritage, it is central to what we do.”
–from Forbidden Root’s website

When we heard rumblings that members of the team behind the new Forbidden Root — Chicago’s first botanic brewery — were avid fans of our book THE FLAVOR BIBLE, we were intrigued.

At last month’s James Beard Foundation Awards held in Chicago, we were introduced by a mutual friend to Forbidden Root’s “root master” Robert Finkel, who it turns out had been one of 800 fellow classmates of Karen’s at Harvard.  During his post-HBS years, he’d provided capital and support to growing companies, and authored the book The Masters of Private Equity and Venture Capital (McGraw Hill Business Books, 2009), featuring lessons from 10 of the country’s the most notable venture capital and private equity investors, before founding Forbidden Root.

This week, we had the pleasure of joining Bob and members of his team at Eddie Schoenfeld of Red Farm‘s Decoy restaurant in Greenwich Village to taste through four of their beers:

1) Wildflower Pale Ale (WPA):   Andrew’s favorite, this is a lighter-bodied, refreshing beer with notes of lemon citrus on the palate, made with sweet osmanthus, marigold and elder flower as well as three different types of hops.  FR’s Terry Kane jokingly described this one to Andrew as “the perfect beer to quaff after mowing the lawn.”

2) Sublime Ginger: Karen’s favorite, this light, refreshing wheat-based beer is made from a blend of two types of ginger (after testing more than three dozen different types, these two offered softness and roundness with no burning “pop”) and key lime, with hints of honeybush and lemon myrtle.  Food-wise, this would be the one we’d think of first when pairing with Asian cuisine.

3) Forbidden Root beer:   While its nose brought up Karen’s fondest childhood memories of A&W, on the palate Forbidden Root’s creamy flagship beer is all grown up:  decidedly dry and irresistibly complex, made from more than 20 natural extracts including black pepper, cardamom, cassia cinnamon, licorice, nutmeg, sandalwood, vanilla, and wintergreen.

4) Divine Mud “Heavy Petal”:  This Imperial Stout brings together dark chocolate + pecans, with a hint of magnolia flower.  A very full-bodied, creamy, and full-flavored beer, this is one we’d opt for at the end of a meal to pair with a chocolate- and/or pecan-noted dessert.

Forbidden Root is still in the midst of lining up New York distribution, but its beers are ones you’ll definitely want to keep an eye out for here — or even seek out during your next visit to the Windy City.  These are some of the most flavor-filled and compelling beers we’ve tasted in recent memory.