On Presidents’ Day, We Share A Letter From The White House Thanking Us for THE VEGETARIAN FLAVOR BIBLE

“Five years ago, First Lady Michelle Obama launched Let’s Move!, a nationwide initiative to set children on a path to a healthy future. And over the past five years, we have seen incredible commitments from parents, business leaders, educators, elected officials, military leaders, chefs, physicians, athletes, childcare providers, community and faith leaders, and kids themselves to improve the health of our nation’s children.”
–From Let’s Move‘s website

In honor of Presidents’ Day, we wanted to share the thank-you letter we received for the copy of THE VEGETARIAN FLAVOR BIBLE we’d shared with The White House.

As First Lady Michelle Obama wrote to us, “As you know, improving the health of our Nation’s families is one of my top priorities as First Lady.  By encouraging our children to get active and eat fresh, nutritious food, I am confident that we can build a brighter, healthier future for our next generation.”

We want to help professional chefs and home cooks alike make sure that the fresh, nutritious food they feed to families is also deliciously flavorful — which is where THE VEGETARIAN FLAVOR BIBLE comes in.  As suggested on the book’s last page (below, left), nutritional experts all underscore that “healthful eating consistently emphasizes the same foods:  vegetables, fruits, beans, legumes, nuts, seeds, and whole grains” (all of which are featured in great detail in the 576-page VEGETARIAN FLAVOR BIBLE). 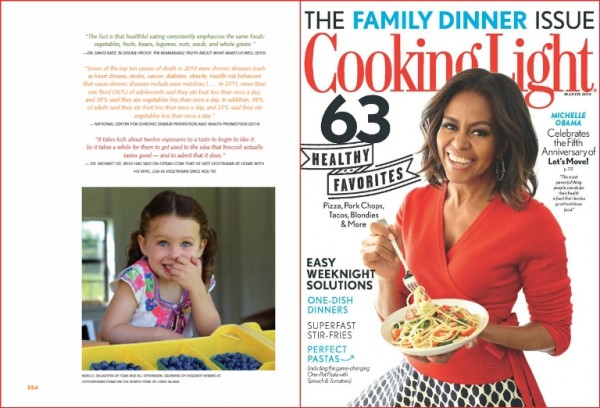 The bad news is that the United States is in the midst of a health crisis — one we unfortunately ate our way into via the “Standard American Diet” (SAD) dominated by processed foods and animal-based proteins.  Seven of the top ten causes of death in 2010 were chronic diseases such as heart disease, stroke, cancer, diabetes, obesity — with the health risk behaviors causing them including poor nutrition.

The good news that we can also eat our way out of this crisis — by shifting to a whole-foods, plant-based diet.  And the great news, which THE VEGETARIAN FLAVOR BIBLE celebrates, is that this can be more delicious than you ever dreamed possible!

And while a 2012 survey indicated that over half of Americans (52%) believed it was easier to figure out their income taxes than to figure out what they should and shouldn’t eat to be healthier, all our research over the past several years backs up author Michael Pollan‘s seven simple words of advice:  “Eat food.  Not too much.  Mostly plants.”

Imagine your dinner plate divided into quarters, and try to make sure your average meal features one-quarter vegetables, one-quarter fruits, one-quarter legumes, and one-quarter whole grains — accented by nuts and seeds.  It’s as simple as that — you don’t need to count calories, grams of protein, or anything else to have a well-balanced diet.

We lost three parents and a step-parent between 2000-2009 — all to cancer.  This week, another beloved family member suffered a stroke.  We don’t want to be preachy, but we do want to share  information about the kind of whole-foods, plant-based cooking and eating that has helped us both feel younger and more energetic than we ever dreamed possible. And we all owe it to the next generation to set a better example of what healthy eating looks like and tastes like.

As First Lady Michelle Obama — who becomes the first person ever to appear on the cover of Cooking Light magazine with its March 2015 issue (above, right), which reports on the five-year anniversary of the FLOTUS’s health initiative — would put it, “Let’s MOVE!” 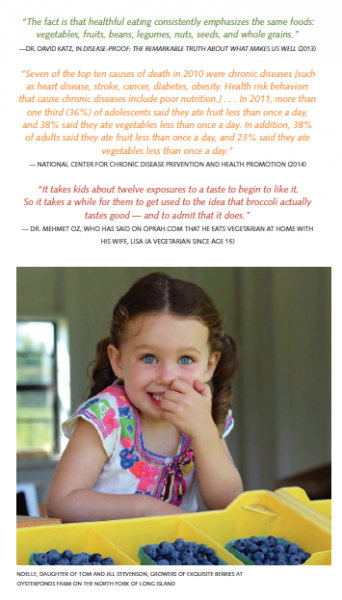 Let’s Move: America’s Move to Raise a Healthier Generation of Kids, which was founded five years ago by First Lady Michelle Obama, can be found at www.letsmove.gov.