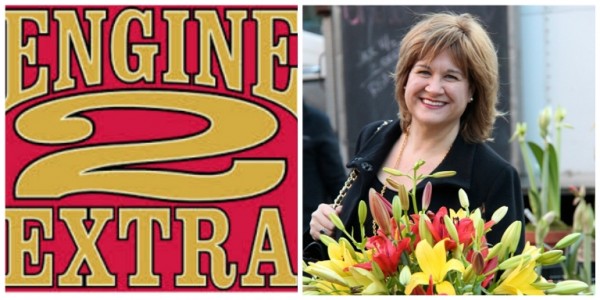 “The primary reason it’s hard to give up animals is because most of us have grown up eating animal products and don’t have the first inkling of how to eat anything else.”
—Rip Esselstyn, in a New York Times op-ed (April 17, 2012)

The snow didn’t interfere with Karen’s cross-country live chat last night on Engine 2 Extra, which turned out to be a blast — thanks to a lively and inquisitive group of Engine 2 devotees.

Missed it?  You’re likely to have another chance soon — as the reception to the chat about THE VEGETARIAN FLAVOR BIBLE was so enthusiastic that there’s already talk of making it an ongoing series. 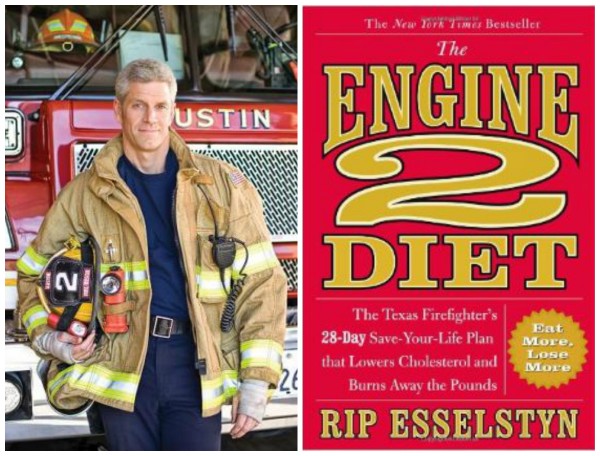 While we’ve been celebrating “Veganuary” this month (foregoing meat, dairy, and eggs in our diets), the readers of world-class-triathlete-turned-firefighter Rip Esselstyn‘s New York Times bestselling Engine 2 Diet take things a step further:  Not only do they not consume meat, dairy, and eggs, but nor do they eat oil or nuts, and only very minimal — if any — salt or sweeteners.

Extreme?  As Rip’s dad — the renowned heart surgeon at the Cleveland Clinic Dr. Caldwell Esselstyn (who was among those credited with helping President Bill Clinton with his heart health and significant weight loss via a plant-based diet) — has been known to say, “Some people think the plant-based, whole-foods diet is extreme.  Half a million people a year will have their chests opened up and a vein taken from their leg and sewn onto their coronary artery.  Some people would call that extreme.” 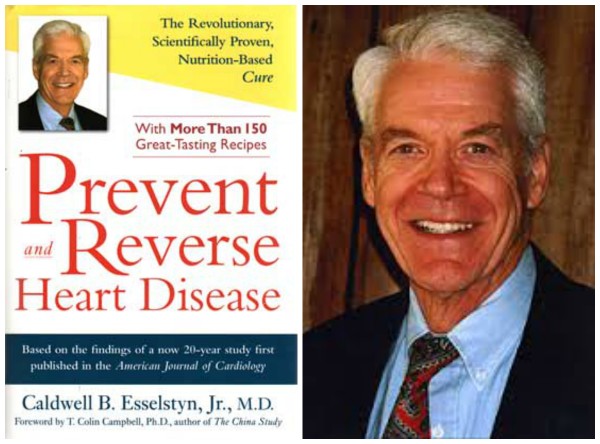 Dr. Esselstyn is also the author of the 2007 bestseller Prevent and Reverse Heart Disease, in which he gives his famous “NO OIL!” advice, and also observes, “Collectively, the media; the meat, oil, and dairy industries; most prominent chefs and cookbook authors; and our own government are not presenting accurate advice about the healthiest way to eat.”

Karen set out to change that with THE VEGETARIAN FLAVOR BIBLE, which cites Dr. Esselstyn’s and his Forks Over Knives co-star and esteemed colleague Dr. T. Colin Campbell‘s advice about the healthiest way to eat alongside that of the government’s recommendations in the book’s Introduction.

THE VEGETARIAN FLAVOR BIBLE also spotlights the work and advice of Caldwell and Rip Esselstyn in Chapter 1 on the history of vegetarianism and veganism, while the rest of the book puts healthfulness on a par with deliciousness.

Before last night’s chat, one of its two co-hosts had sent Karen a touching email about THE VEGETARIAN FLAVOR BIBLE, writing,  “In the years that I have been with Engine 2 as a coach, I can tell you that what folks find the hardest is getting comfortable with ingredients — herbs and spices and learning to flavor food that is not processed.  Your book is a must-have for people stepping into the kitchen with a new whole food mission.”

After all, the number-one cause of death in the United States is nutritionally-controllable diseases, such as cancer, diabetes, and heart disease.  A whole-foods, plant-based diet correlates with a lower risk of all three.

America has sadly eaten its way into our current health crisis through the Standard American Diet (SAD) consisting predominantly of processed foods and animal protein.  We think it falls on the shoulders of all of us who call ourselves food professionals to continue to help America eat its way out — by moving away from placing meat in the center of the plate (as is already happening, with per-capita meat consumption declining every year since 2007) and moving toward embracing a whole-foods, plant-based diet that is as healthful as it is delicious.

As THE VEGETARIAN FLAVOR BIBLE illustrates, it is possible! 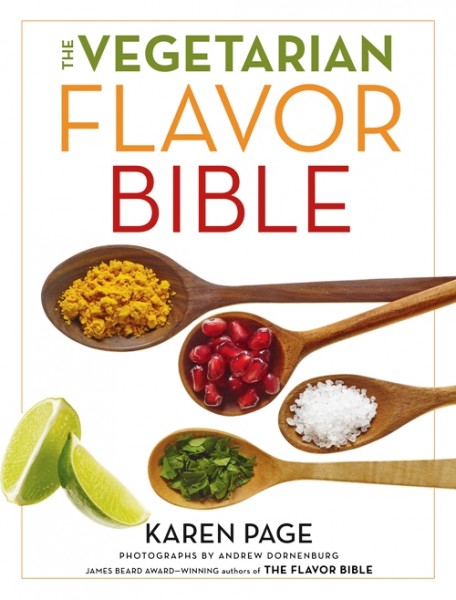 “A whole food, plant-based diet is the healthiest way for everyone to eat. Why? Because plants provide you with all the protein you need — and plant proteins do not cannibalize our bones, promote cancer, or increase inflammation like animal proteins do. You can also get all the iron, calcium, and other vitamins and minerals that animal addicts claim you can get only from eating meat. Additionally, you get complex carbohydrates for sustained energy; healthy fats that don’t clog up your pipes; fiber to keep you as regular as a Swiss commuter train; water for hydration; and antioxidants and phytochemicals to zap free radicals. It’s also the best way to lose weight, because if you’re eating plant-based whole foods, you’re eating nutrient-dense foods that make you healthy without taking in extra calories.”
—Rip Esselstyn, in a New York Times op-ed (April 17, 2012)

To participate in Engine 2’s next online chat about THE VEGETARIAN FLAVOR BIBLE, join at engine2extra.com.

To attend one of Engine 2’s excellent live in-person Retreats (like the Plantstock retreat we participated in on the Esselstyns’ family farm in August 2014), check out the upcoming schedule at engine2retreats.com.