More Than Half-Way Through “Veganuary,” Our Vegan Blog Tour Continues (& Extends!) for THE VEGETARIAN FLAVOR BIBLE 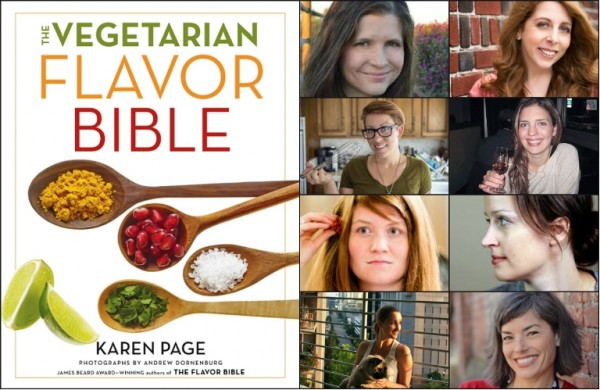 “THE VEGETARIAN FLAVOR BIBLE by Karen Page is a mega guide to the essence of ingredients. And while the book has already received countless accolades for ‘Best Cookbook,’ it offers far more depth and utility than most recipe-centric cookbooks….I’m thrilled that Page and her husband Andrew Dornenburg’s thoughtful and sweeping approach to culinary topics has made its way to vegetables. My admiration for the couple’s work goes way back. Their book BECOMING A CHEF was required reading in my culinary program and has given countless chefs (and the food-obsessed public) a fascinating look inside the cooking profession.”
–Sarah Hohn, HomemadeLevity.com

During this past week in northern California, we were hosted for a number of unforgettable events around THE VEGETARIAN FLAVOR BIBLE…while at the same time in cyberspace, we enjoyed another handful of stops on the book’s Virtual Book Tour thanks to a number of terrific vegan blogs in honor of “Veganuary.”

Hope you’ll join us in exploring these vegan blogs all month long!