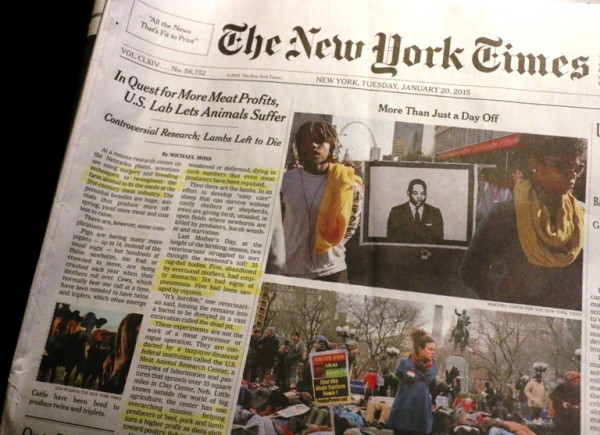 “Even by the standards of the meat industry, this is horrifying. A must-read from @M_MossC in @nytimes.”
—New York Times food editor Sam Sifton, via @SamSifton on Twitter (1/20/15)

“This article in today’s NYTimes speaks to a level of cruelty to animals that is unacceptable. I will investigate.”
–Senator Cory Booker, via @CoryBooker on Twitter (1/20/15)

Kudos to Moss for his research and reporting on inhumane U.S. government-funded research, and to The New York Times for giving this story the up-front positioning it deserves, making it virtually impossible to ignore — and making it one of the most Tweeted-about stories of the day, as the examples above suggest.

The article’s subtitle “Animal Welfare at Risk in Experiments for Meat Industry” is certainly true enough.  But we think what’s really at risk might be our humanity.

To quote Farm Sanctuary’s Gene Baur, as quoted on page 30 of THE VEGETARIAN FLAVOR BIBLE, “For people who say that animals don’t deserve better, I would say that what we do to animals says perhaps more about us than it says about animals.”

While we’re comfortable with the vegetarianism we’ve embraced since May 2012, we’ve yet to determine whether we will continue our month-long experiment in strict veganism beyond “Veganuary.”  But the past three weeks have already given us tremendous respect for the dedication of the 2 percent of the population that is so devoted to nonviolence that they choose this no-meat-no-eggs-no-dairy-no-honey-no-gelatin lifestyle day in and day out.  We know that the vast majority of vegans choose to live this way because their conscience tells them that it is right — and we have more compassion than ever for the challenges faced as a result of those beliefs. 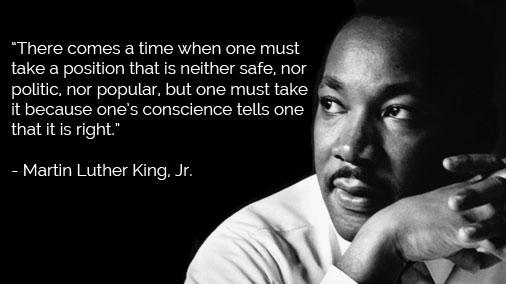 Michael Moss is at michaelmossbooks.com.  His “Reporter’s Notebook” on the behind-the-scenes of his January 20th article can be found here.

In the wake of Moss’s January 20th New York Times article, other media have run their own articles on the subject, including:

Mother Jones:  “Why Are the Feds Abusing Research Animals?”

The Washington Post:  “The Horror That Is America’s Government-Funded Animal Research Center”