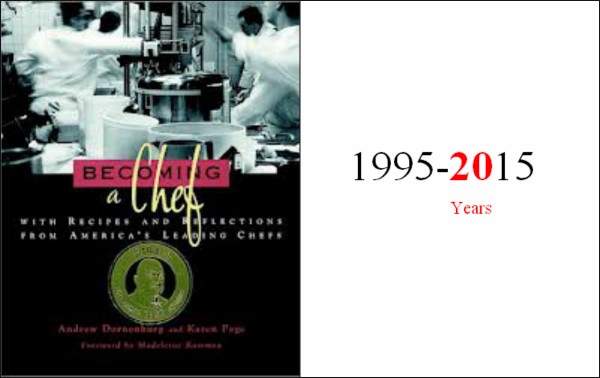 “1995: BECOMING A CHEF is published, offering the first compendium of answers to some of the most common questions an aspiring chef can ask.”
—The National Culinary Review, in its timeline of pivotal events in culinary history

“…BECOMING A CHEF, the first book that meaningfully addressed chefs as they moved into the realm of celebrity.”
–Michael Ruhlman, on MegNut.com

“BECOMING A CHEF by Andrew Dornenburg and Karen Page…was actually more than a cookbook, and launched a new dimension in food writing, creating a standard for a whole new genre.”
—Pam Chirls, senior culinary editor, John Wiley & Sons, as quoted in The (Hackensack, NJ) Record

On January 1st, after turning our calendar for the first time to 2015, we mused on Twitter about the first book we ever wrote, “Just occurred to us that BECOMING A CHEF (1995) will celebrate its 20th anniversary this year #timeflies.”

Uber-restaurateur Danny Meyer — who had been making headlines literally around the world over the previous 72 hours when it was announced that his company had filed on December 29th to take Shake Shack public, with plans to raise as much as $100 million — miraculously found the time to chime in shortly thereafter on January 1st with the very gracious Tweet, “Just think about how many folks became one — thanks to your tome!” 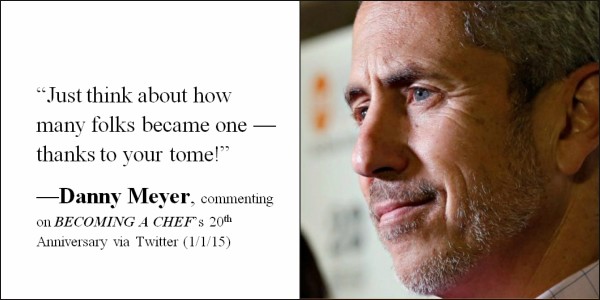 So we thought we would.  Think about it, that is.

We’ve been heartened to hear from so many of the most successful chefs and pastry chefs and other culinary professionals in America — and the rising stars on their way to joining them — that BECOMING A CHEF helped to inspire them to enter the profession and/or to rise to new heights within it.  They include: 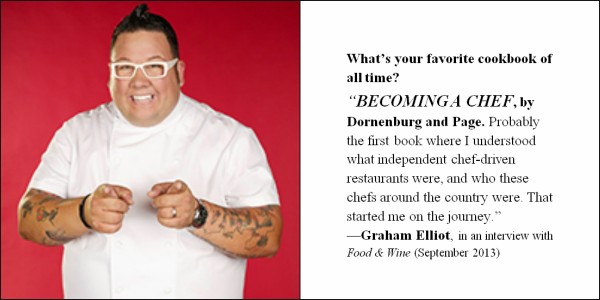 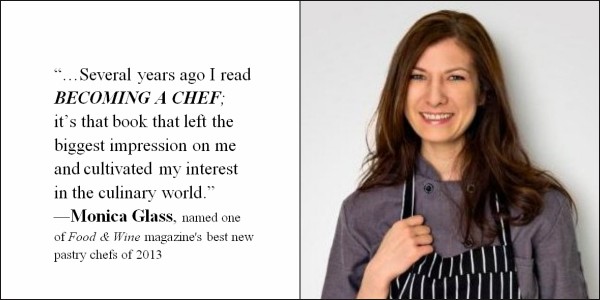 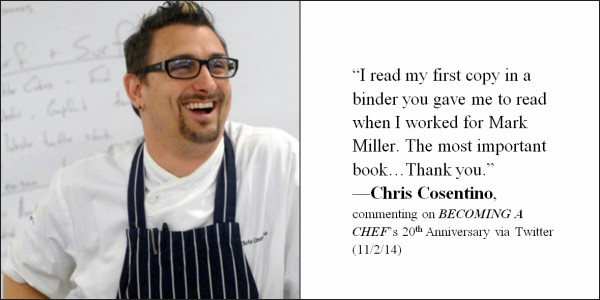 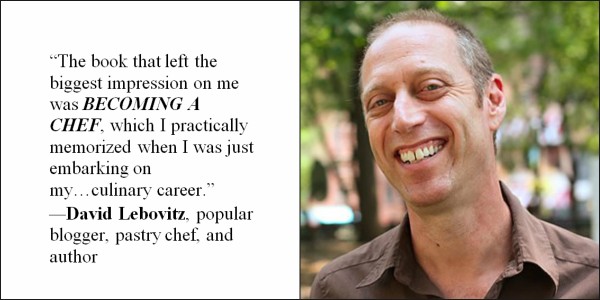 – David Lebovitz, former Chez Panisse pastry chef, the wildly popular blogger at DavidLebovitz.com, and author of one of 2014’s best cookbooks My Paris Kitchen in addition to The Perfect Scoop, Ready for Dessert, and The Sweet Life in Paris

And that’s merely four of countless leading culinary professionals who have credited one of the better part of 200,000 copies of BECOMING A CHEF now in print (after a first printing of just 2500 copies!) with inspiring them.  In honor of the book’s 20th anniversary this year, we’d love to hear from those readers who count the book as having affected their lives and careers.  When did you first discover it?  How did it touch you?  Please email us at DornenburgPage [at] gmail [dot] com, so that we might share your stories.

“Quite possibly the only book of its kind…A useful, informative book about how successful chefs got their start.”
–Lois Blinkhorn, book editor, Milwaukee Journal Sentinel (1995)

“As chefs become increasingly visible and the art of cooking grows in popularity, the publishing dough rises…BECOMING A CHEF has provided inspiration to serious home chefs because of the interest in what chefs are doing around the country.”
–Robert Dahlin, Publishers Weekly  (July 24, 2000) 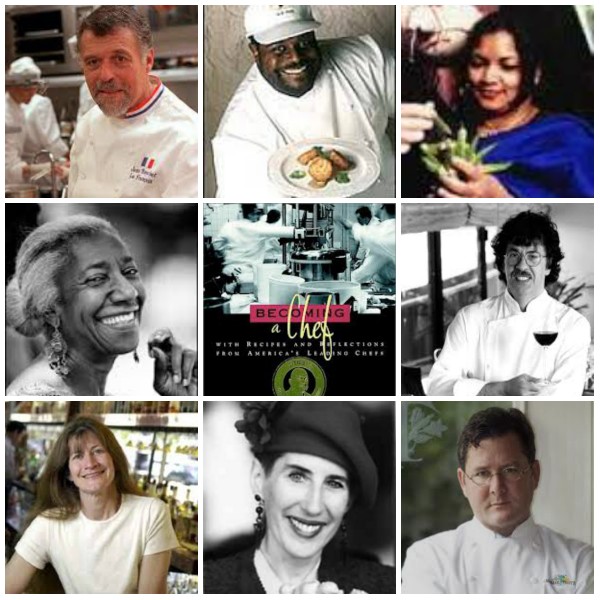 While we were heartbroken to have lost far too soon far too many of those we got to know — and in many cases befriend — by interviewing them for BECOMING A CHEF, we’re comforted by the fact that the book helps to keep their memories alive and their lives an inspiration among the next generation of chefs and culinary professionals.

In their honor, we’ll continue to share tales from BECOMING A CHEF‘s storied 20-year history throughout 2015.