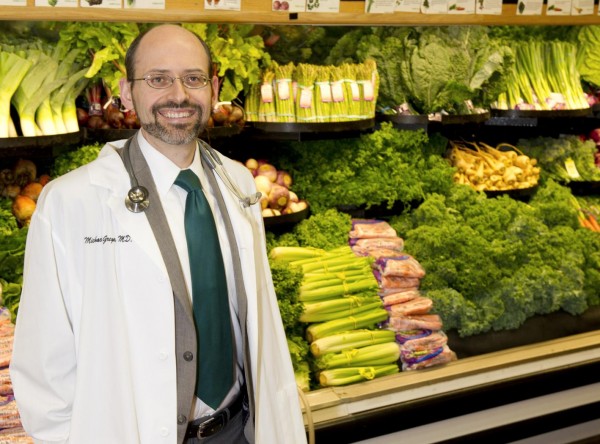 Scan the scientific literature that backs up the site’s post, and you’ll read that the consumption of dairy products also correlates with acne, early menarche, several different types of cancers (including breast and ovarian), many chronic diseases, as well as male reproductive disorders:

We remember reading a few articles in 2012 like The New York Times’ “Puberty Before Age 10:  A New ‘Normal’?” about the fact that the average age for the onset of menstruation had fallen from 12 or 13 back in the 1960s to just 9 or 10. Why?, we remember wondering.

Since then, we’ve wondered even more about it:  Cow’s milk is intended to grow calves very quickly.  So when kids drink it — as the government virtually requires, given the dairy industry’s tremendous clout in driving nutritional policy — does it make them grow too quickly? Girls get bigger faster — and their bodies start menstruating sooner (which btw correlates with higher risk of breast cancer as adults).

But wait — weren’t we all taught in school in the 1960s and 1970s that milk and dairy form a foundational nutritional group, which we all need for calcium and to “build strong bones”?  This article “Health Concerns About Dairy Products” on the Physicians Committee for Responsible Medicine (PCRM)’s website indicates, “Clinical research shows that dairy products have little or no benefit for bones.” 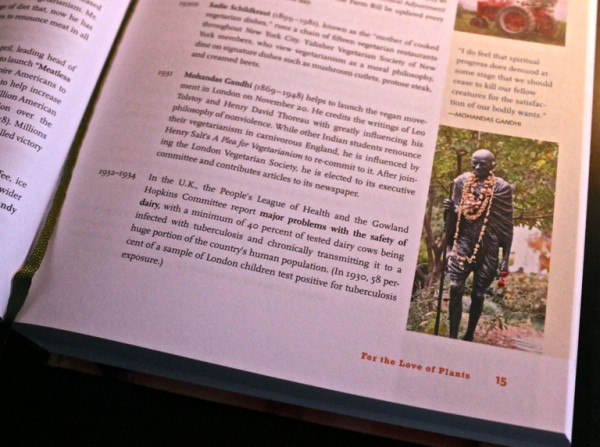 Yesterday, we saw the film “The Imitation Game,” and read up a bit on the history of the people portrayed in it.  Christopher Morcom, the childhood friend of the movie’s protagonist Alan Turing, died of bovine tuberculosis in February 1930.  That took us back to page 15 of THE VEGETARIAN FLAVOR BIBLE, in which Karen wrote in Chapter 1’s historic timeline on vegetarian history:

“1932-1934:  In the U.K., the People’s League of Health and the Gowland Hopkins Committee report major problems with the safety of dairy, with a minimum of 40 percent of tested dairy cows being infected with tuberculosis and chronically transmitting it to a huge portion of the country’s human population.  (In 1930, 58 percent of a sample of London children test positive for tuberculosis exposure.)”

Truth is, today things are not thought to be that much better:  The vast majority of cows that are part of the dairy industry are said to be full of toxins, such as pesticides, antibiotics, bacteria, and hormones.

So why do so many people still consume dairy products?  Dr. Neal Barnard of PCRM admitted that some people are literally, physically addicted to the opiates that are released into the bloodstream and attach to our brains when we consume cheese. That might be the case with Karen, who has cut back on her dairy consumption significantly since discovering she was lactose intolerant (as is an estimated 75 percent of the world’s population, according to PCRM), but still finds herself craving cheese.

Looking to make a getaway?  Barnard recommends a clean break.  We’re both thinking of taking him up on his recommendation in 2015.