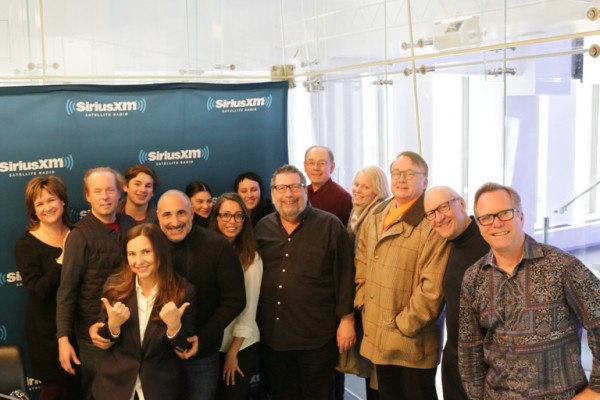 Many of the in-studio guests on the Saturday, November 22, 2014, Thanksgiving edition of “The Judith Regan Show” at SiriusXM

Yesterday, we reprised our annual holiday tradition of the past several years in joining host Judith Regan for her annual pre-Thanksgiving show on “The Judith Regan Show” on SiriusXM.

As has been the case every single year, we never know who we’re going to meet — but it’s always an intriguing line-up of authors, celebrities, entrepreneurs, and more, both in the studio and calling in on the phone.  Our fellow guests this year ranged from a former priest who co-founded a hunger relief organization with the late Harry Chapin to a porn star who is apparently almost as famed for her portrayal of Sarah Palin as Tina Fey — and included Tamie Adaya, Lisa Ann, Why Hunger co-founder Bill Ayres, Food & Wine editor-in-chief Dana Cowin (author of Mastering My Mistakes In the Kitchen), publicist Kelly Cutrone, biographer Bob Harned, Kevin Kwan (author of Crazy Rich Asians), novelist Wally Lamb, Judith’s daughter Lara Kleinschmidt (and her friend Emily), Dr. Brad Reedy, writer George Rush, Matthew Salzberg (a Harvard MBA who offers listeners 2 free meals for trying BlueApron.com), Arthur Schwartz, and novelist (and Harvard MBA) Norb Vonnegut, among several others. 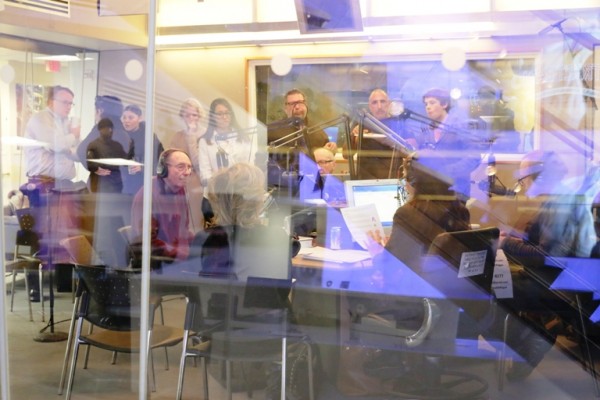 It was a pleasure to catch up with long-time New York Radio host Arthur Schwartz; “The Food Maven” still hosts a weekly radio show every Monday morning from 7:35 – 8:00 am on “Robin Hood Radio” WHDD, which is an NPR affiliate in Sharon, CT.  Arthur’s husband Bob Harned just came out with a book on his mother Sally Phipps: Silent Film Star, which is available on Amazon.com. 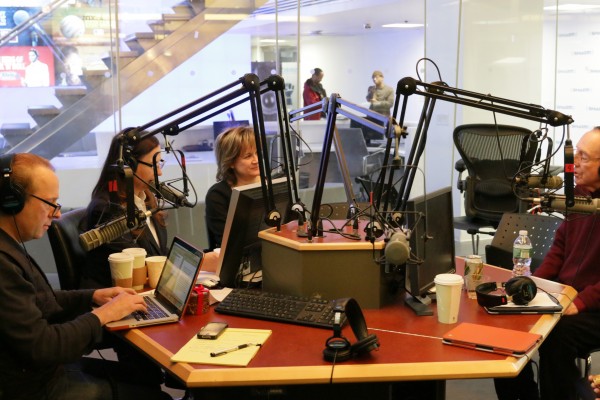 The talent at this gathering is always impressive.  George Rush, whom we’re game to hear perform at his next stand-up comedy show, acted out his satirical essay on the real story of Thanksgiving that had us howling.  And Bill Ayres brought Judith a beautiful “Imagine” scarf (which Karen is eyeing!), which is one of the cool gifts his organization is offering with your contribution to Why Hunger, which you can make right here. 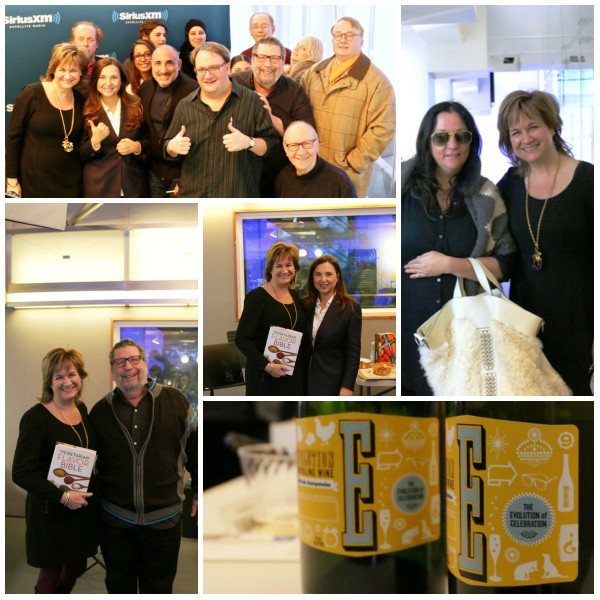 We’re thankful to Judith for including us yet again in this annual tradition, which never fails to kick off the holiday season with good cheer — which yesterday was of course helped along by Sokol Blosser’s maiden vintage of Evolution sparkling wine, and a delicious cauliflower pizza from Grandaisy Bakery, to which we’re thankful to lovely Lara Kleinschmidt for introducing us! 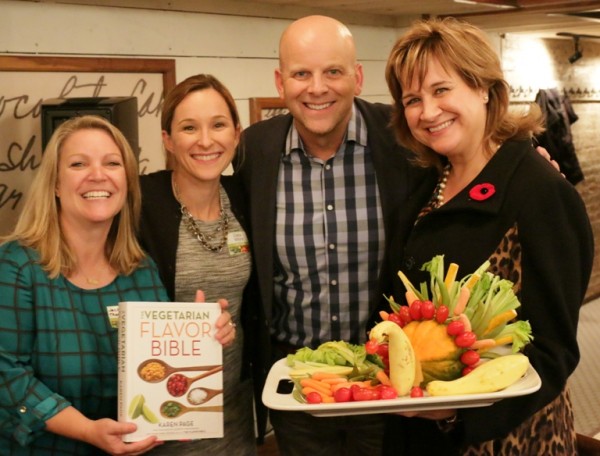 P.S.  As promised, we’re posting a photo of the “Crudites Turkey” we’d promised during yesterday’s show to call-in guest Norb Vonnegut, who mentioned that he was charged with creating the same for his family.  We were part of a team at a media event focused on getting families to #LoveYourVeggies hosted by Hidden Valley Ranch on November 12th at Telepan restaurant where we created our first one — using an acorn squash (for the body), a crookneck squash (for the head), and celery leaf-topped celery sticks for the tail feathers (accented by cherry tomatoes, mini-carrots, and pea pods, all attached via toothpicks).  Here’s Karen showing off our handiwork with our awesome tablemates (left to right) the YMCA’s Jackie Thurnau-Anderson, New Haven nutritionist Dana White, and single-dad-parenting-expert-home-cook-author Jim Higley (aka Bobblehead Dad).

“The Judith Regan Show” is on SiriusXM and at siriusxm.com.