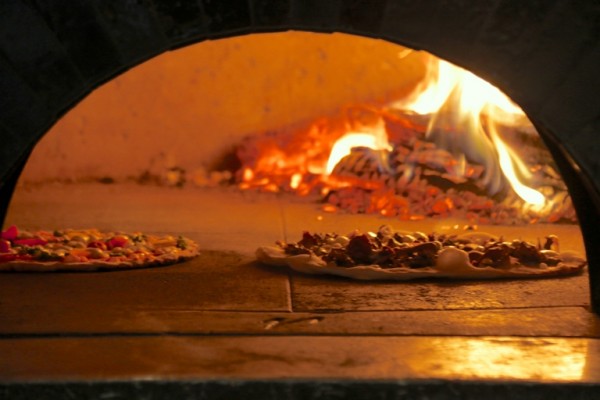 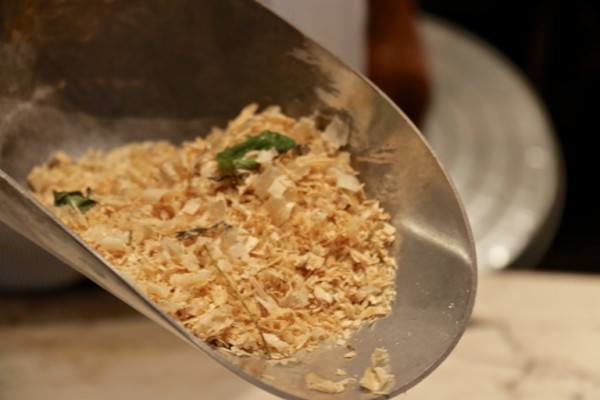 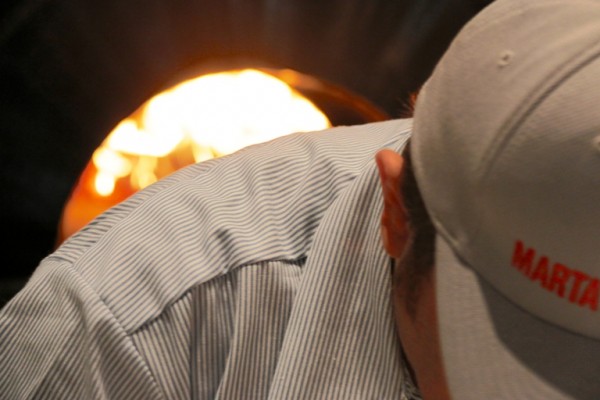 As the restaurant’s website states, “Marta celebrates the Italian tradition of cooking seasonal specials ‘alle brace’ — over open embers.”  Its  pizza-only menu offered between 3:30 – 4:30 pm (and at lunch and dinner, too, as we learned) offers five “Rosse” (red-sauced) pizza selections and four “Bianche” (white sauceless) options.  We ordered one of each:  the Mercato ($14), which comes topped with corn, okra, cherry tomatoes, and ricotta salata; and the Funghi ($15), whose Fontina is adorned with hen of the woods mushrooms, chanterelles, red onion, and thyme. 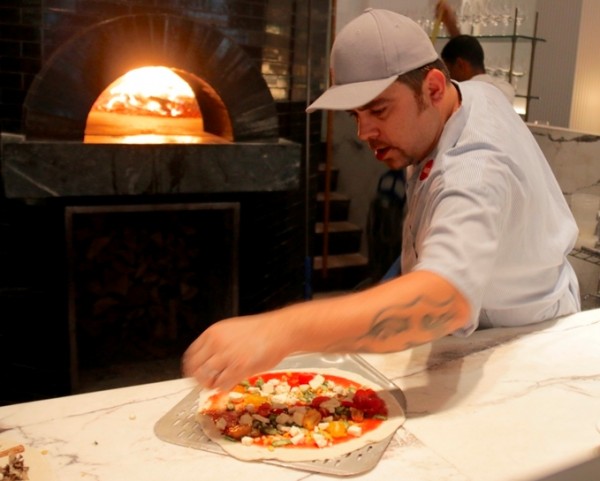 If a restaurant is only offering a single menu item, it damn well better be good.  Happily, Marta’s pizza is.  Andrew enjoyed watching Salvatore Olivella making our pizzas, and picking up tips as to their flavor secrets.  Baked in a very hot oven fueled with both oak (for heat) and cherry (for aroma) woods, and taking just three or so minutes from start to finish, the restaurant also follows the 100-year-old tradition practiced in Salvatore’s family pizzeria (Finstrella di Mare Chiare in Naples) of seasoning wood shavings laced with dried herbs (e.g., oregano, rosemary) and tossing them onto the fire to release their aromas.  We enjoy a bit of char on the edges of our pizza, and noted that the Funghi’s earthiness made it better equipped to handle the char’s bitter aspects than the much lighter-and-cleaner-flavored Mercato. 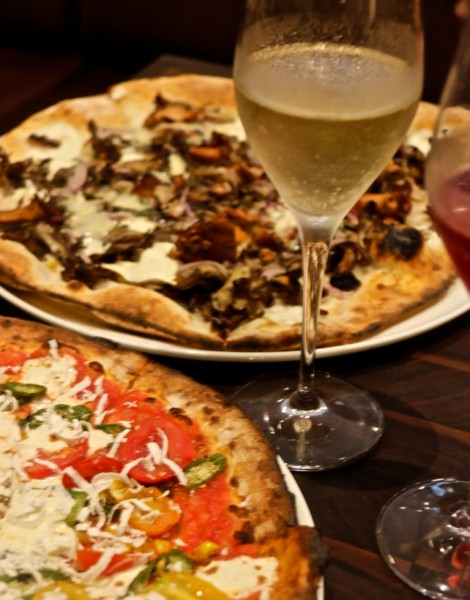 After Marta’s warm wait staff asked us if there was anything else we needed and cheerfully bagged our leftover pizza to go, with our final sips of bubbly this afternoon we raised a enthusiastic toast: “To Marta’s success.” 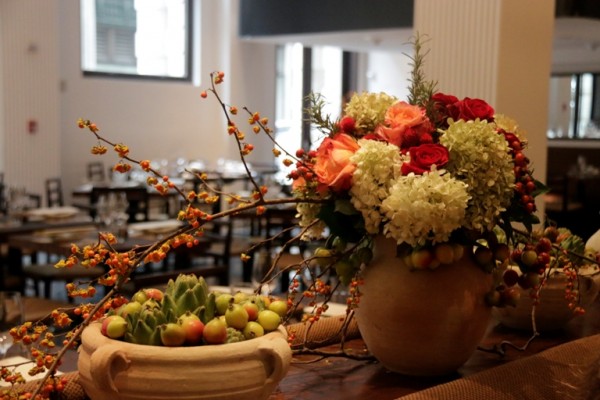