When we’re craving that fine mix of comfort, nourishment, and indulgence, we find that Candle Café East more often than not is just what we’re both in the mood for. Take, for example, this afternoon, when we popped in for lunch and found all three served up in spades. 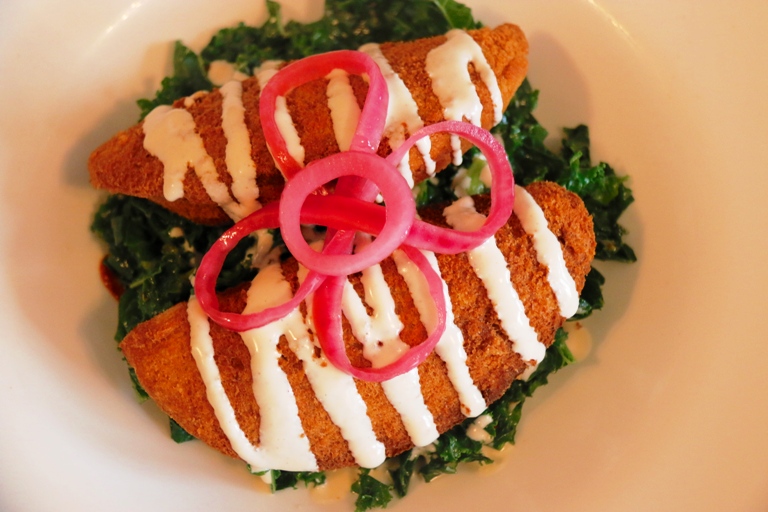 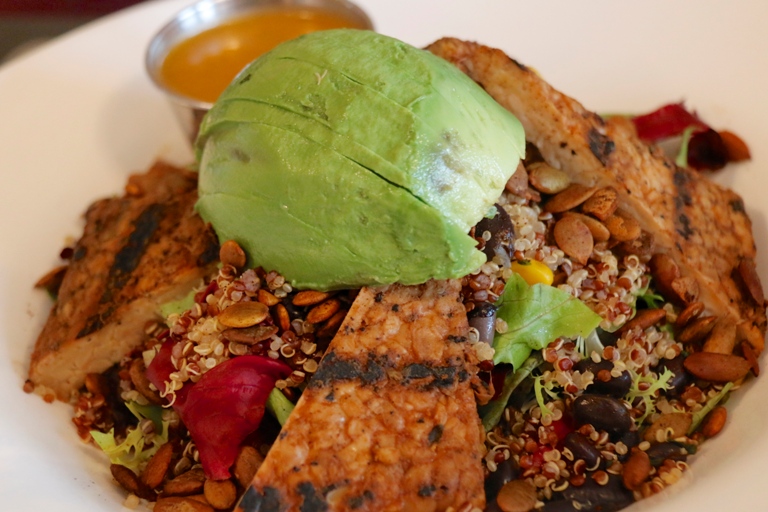 OUR FIRST TASTE OF CANDLE CAFÉ’S FAMED AZTEC SALAD, WHICH THEY CAN’T TAKE OFF THE MENU

When Candle’s Executive Director Mark Doskow stopped by to say hello, we were still floored to have just tasted one of the best salads we’d ever had anywhere – one that near-miraculously managed to hold our interest through every single forkful with its balance of “bi-color quinoa, black beans and corn, topped with spiced pumpkin seeds and barbeque grilled tempeh, served over mixed field greens with toasted cumin vinaigrette.”

By the time we got home, Candle Café East had Tweeted us: “Also @KarenAndAndrew, look what @CNTraveler had to say about the Aztec Salad,” which linked to an August 28th piece by The Coveteur titled “The Best Vegan and Vegetarian Restaurants in New York City” that included Candle Café (natch) and the line “Their Aztec Salad has become a must-have meal every time we’re in the city.” Now it’s on our must-order list, too – plus we almost invariably pick up one of their addictive oatmeal-date bars to take home for dessert or breakfast. 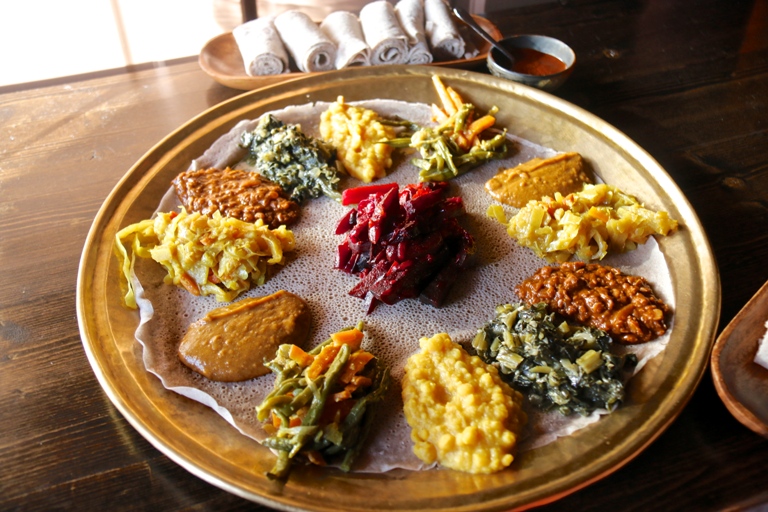 Scanning the Conde Nast Traveler list’s other picks, we noticed Bunna Café, the vegan Ethiopian restaurant we’d taken a field trip to eat at in Bushwick over the summer. While we’d enjoyed the food and the experience, we’re even more excited about the Ethiopian restaurant in Manhattan we’d just tried for the first time last Sunday, which immediately earned a spot as our new favorite Ethiopian in New York City: Injera. Opened in the West Village by the former owner of SoHo’s L’Orange Bleu Pierre Casaux and his Ethiopian model-gorgeous wife Baizy Keflay, Injera has hands-down the most serious food (including perfectly-crisp veggie sambussa, and beautifully sautéed collard greens) and service we’ve ever enjoyed at an Ethiopian restaurant in the city.